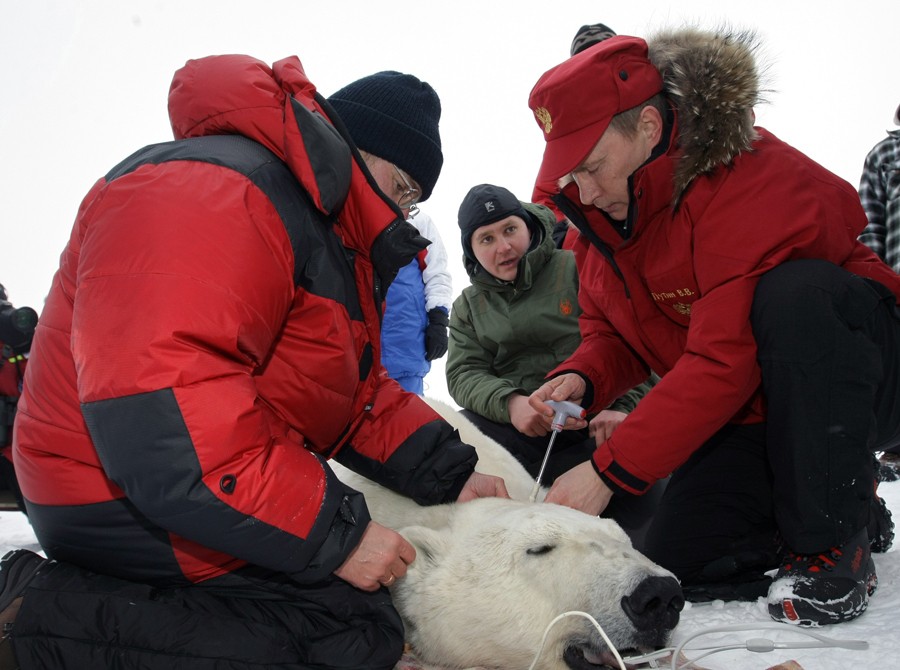 «It is getting cold up there now […] and in a couple of months the temperatures will be completely different,» Putin responded as Natural Resource Minister Sergey Donskoy invited the President to the Alexandra Land, one of the main islands in Franz Josef Land.

Donskoy intends to show the president how his ministry along with the Northern Fleet and others has cleaned up thousands of tons of scrap metal from Russian Arctic archipelagos, a transcript from the meeting reads.

It was Putin himself who in 2012 signed a decree on a major clean-up operation in the area.

«In this connection, dear Vladimir Vladimirovich, considering that it was on your instruction that this work started, we would like to invite you to the Alexandra Land in the archipelago of Franz Josef Land», Donskoy underlined. «Then you for yourself can see how the Arctic nature has changed after the clean-up», he added.

«I will not make it [this year], but, actually, perhaps next year will be better considering that there will be a bit more time to show the results», Putin responded.

The President was on the Franz Josef Land also in 2011.

According to Sergey Donskoy, the Island of Alexandra is now fully swept clean of rusting barrels from the Soviet era.

The Alexander Island is also the site for a major new military complex. The huge building, painted like the tricolor flag, will provide living and working conditions for 150 servicemen. The complex is located at 80 degrees north and will be the largest human-made structure this far north.