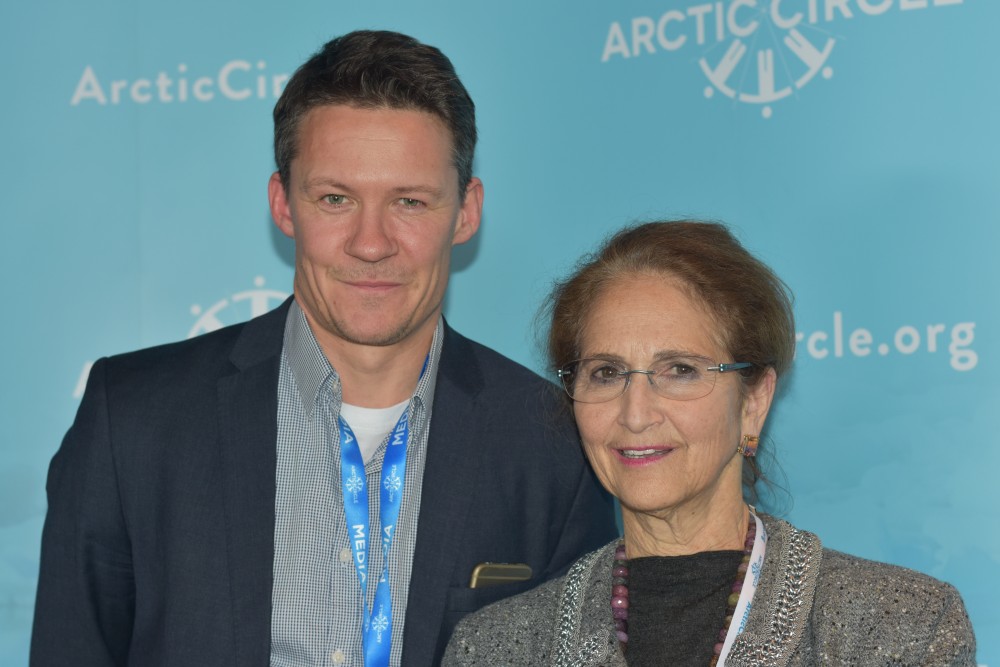 Our collaboration with publisher Alice Rogoff and the Arctic Now gives us a much broader circumpolar audience, says Director Atle Staalesen.
Read in Russian | Читать по-русски
By

Arctic Now was launched in Reykjavik, Iceland, on Saturday. Initiated by Alaska Dispatch News owner Alice Rogoff, the newspaper is made in partnership with media organizations from around the circumpolar north.

He says the new partnership represents a unique opportunity for the Barents Observer to get international readers interested in the wide perspectives of a changing Arctic.

Publisher of Alaska Dispatch News and initiator of Arctic Now, Alice Rogoff, says the global focus that towards the Arctic triggers a demand on a comprehensive news site that covers the entire polar region.

“It is a great team of reporters we have in the Arctic Now partnership. Together they represent the very best of knowledge on what’s going on across the top of the world, be it climate change, business developments, indigenous peoples issues, tourism or natural resources,” says a proud Alice Rogoff.

In addition to Alaska Dispatch News and The Independent Barents Observer, the partners are Iceland Monitor in Reykjavik, The Arctic Journal from Nuuk, Greenland, High North News from Norway and Nunatsiaq News from Iqaluit in Canada.

“For us, this collaboration is a strong recognition of the independent news reporting we do from our European part of the Arctic,” says Staalesen.

It was Atle Staalesen who founded the Barents Observer as an English-Russian news blog in 2002, then under the name Barents News. In 2003 the name was changed to Barents Observer. From 2005, the Norwegian Barents Secretariat was publisher until the owners of the secretariat - being the northernmost counties of northern-Norway - decided that the newspaper should no longer follow the principles of free media. Such attack on media freedom was unacceptable for the journalists who collectively broke out and established The Independent Barents Observer.

“Our fight for basic principles of free and independent journalism is well known and recognized among other media reporting from the Arctic,” Staalesen says.

He believes the new media partnership makes the Barents Observer even better; now working together with a broad collegium of highly experienced reporters across the Arctic.

“Now we have unprecedented opportunities for innovation and collaboration,” the Director of Barents Observer says with enthusiasm.

Staalesen, however, underlines that the Barents Region and a special focus on northern Russia will still be the main area of reporting.

“Working together with our new partners in Arctic Now comes as an extra bonus making it possible to reach an much wider audience,” Atle Staalesen explains.

We team up with circumpolar news network