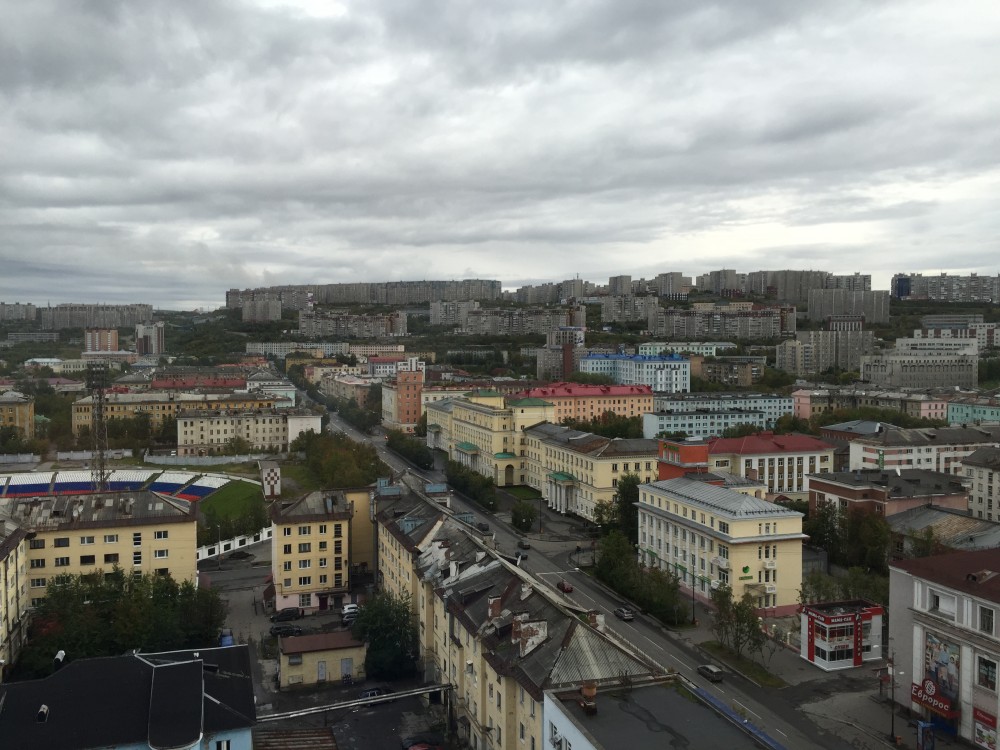 «With staunch and devoted labour you created this steadfast Arctic outpost», President Putin says to the people of Murmansk as the city celebrates its 100-years anniversary.
Read in Russian | Читать по-русски
By

Festivities are spreading cheer as Russia’s Arctic capital today marks its century anniversary. Among the greetings is a telegram from the President.

«This history of Murmansk has been written by strong and brave people, which under complicated climatic conditions erected a huge sea port, infrastructure and fish industry, ship repair, mineral exploration, they built houses, schools, roads and hospitals», the state leader says.

The letter was read loud by Valentina Matvienko, Speaker of the Federation Council, during an official ceremony on Tuesday, the Murmansk government informs.

Matvienko also participated in the official opening of the Murmansk Sea Terminal, a facility which is to help boost cruise tourism in the region.

The City of Murmansk was officially founded on the banks of the Kola Bay on 4th October 1916. Few years earlier, settlers had established themselves by the Semyonovskoye Lake, now a popular recreation area in the city. Murmansk - first named Romanov-na-Murmane - was founded as the 1WW moved towards an end. It became the last city established in the Russian Empire. Few months later, following the February Revolution, the city got its current name right, Murmansk.