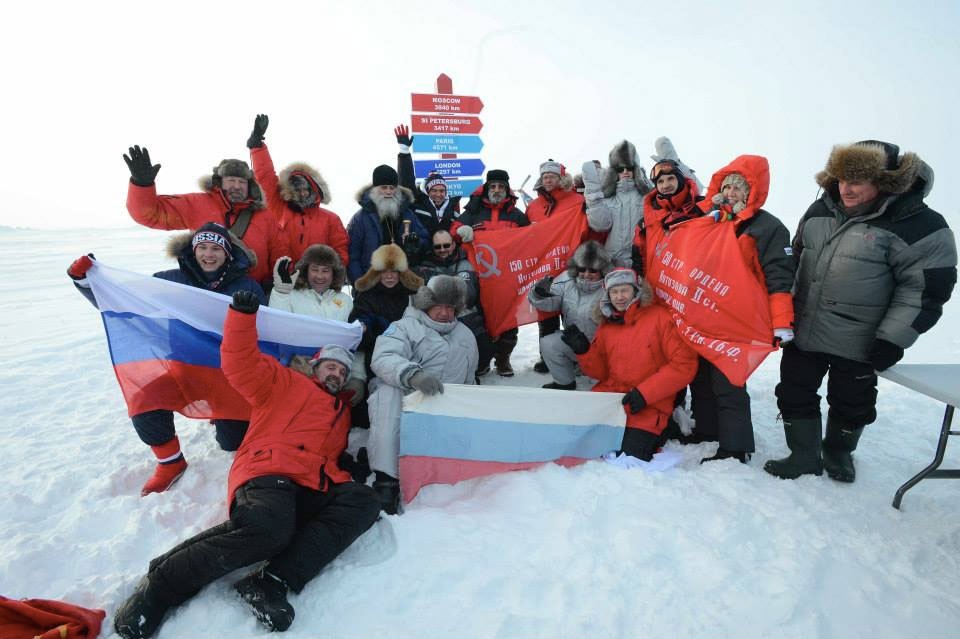 From visit to North Pole in 2015. Photo from Dmitry Rogozin's Facebook page

The Deputy Prime Minister and Leader of the State Arctic Commission criticizes fellow cabinet ministers for lack of action.
Read in Russian | Читать по-русски
By

In this week’s session in the Arctic Commission, a federal coordinating body, Rogozin lashed out against four state ministries for slow developments in the Arctic.

First in the line was the Ministry of Transport, which recently published a strategy document on the development of Arctic transport infrastructure until year 2030. According to the Deputy Minister, the document is nothing but a «collection of words and definitions», RIA Novosti reports.

«What we have got from the ministry is difficult to call even a draft, the level of elaboration of this strategy is not in line with the actual importance of transport infrastructure of the Arctic region», Rogozin underlined.

«The financing of program activities was to start in 2017, that is already from next month. However, there is [still] no program».

Rogozin also noted that the Ministry contrary to plans has not held a single working group meeting on Arctic social-economic development. The same is the case with the Ministry of Education and the Ministry of Natural Resources, the Deputy Minister said.

The Russian State Commission on the Arctic was established in early 2015 in a bid to strengthen and coordinate efforts on the country’s Arctic developments. It is headed by Dmitry Rogozin and includes members from a big number of state ministries and institutions, regional governments and companies.