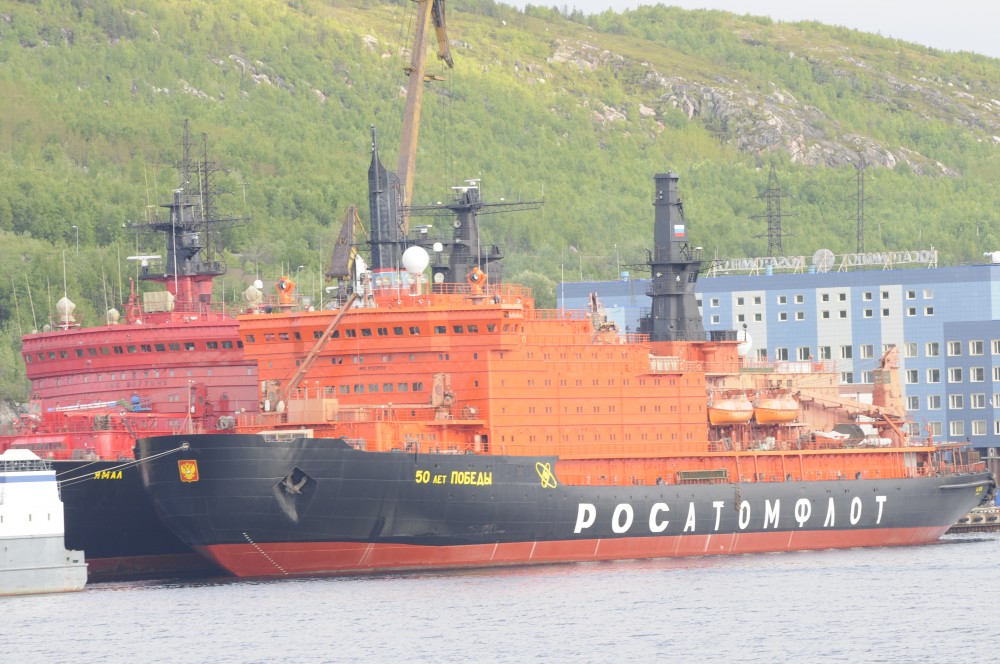 The icebreaker "50 let pobedy" at Atomflot port in Murmansk, the service base for all Russia's civilian nuclear powered vessels. Photo: Thomas Nilsen

Russia’s largest nuclear powered icebreaker to sail five cruises per season until 2019.
By

«50 let pobedy» - the most powerful icebreaker ever built will have five cruises to the top of the world in 2018 and five cruises in 2019, the press-service of Rosatomflot says to B-Port news agency in Murmansk.

This year, Poseidon Expedition announces two voyages. Departures for the 14 days voyages from Murmansk are on June 14th and June 25th.

«Just think of the dinner party stories you’ll be able to tell after traveling to the North Pole aboard the only working Russian nuclear icebreaker in the world,» Quark Expeditions writes in its promotion of the cruise and continues:

«… Stand at 90 °N with a glass of champagne in hand—and everywhere you look is south.»

North Pole cruises with Russia’s nuclear powered icebreakers started in 1990. In 2015 Rosatomflot said no more cruises were supposed to sail with tourists due to an expected sharp increase in transit coyotes for commercial ships along the Northern Sea Route. Now, tourism will be on the menu for at least three more years.