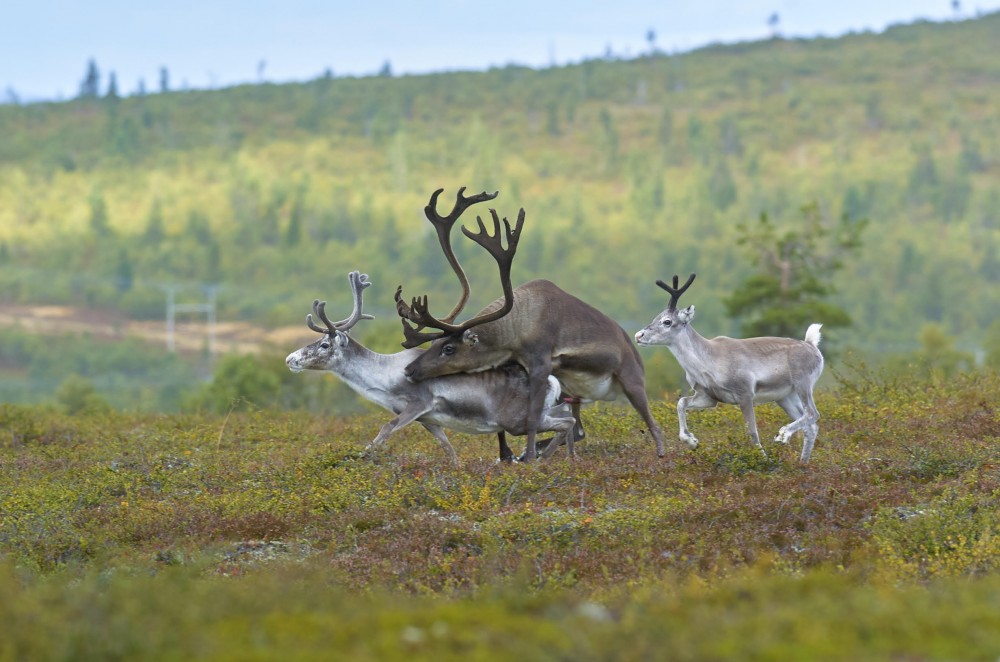 Arktikum Science Centre in Rovaniemi asks the public to share love stories from under the Northern skies.
Read in Russian | Читать по-русски
By

Now, the centre makes a call for people to tell about both human and animal mating and copulating in the Arctic region. Stories are collected anonymously and the best will be exhibited at the Arctic Centre.

“So far, we have got about twenty stories from tourists and other Arctic visitors, and over ten local stories,” tells Marjo Laukkanen, Science communicator with the Arctic Centre, University of Lapland.

Frosty nights with Northern Lights can be hotter than you think. One story reads:

“I met a cute guy in a bar. We went for a walk under the Northern Lights – perfectly romantic. After spending the night together, the next morning I found out he was a famous Belgian singer. This is a miracle of the Northern Lights: it brings people together and inspires passion. I now believe Northern Lights to be an aphrodisiac. Every time I see photos of auroras I get a little turned on ;).”

Another story is from Russia.

“On a seminar trip in Murmansk one night I noticed one of the ladies in our group was something else than ever before. When others left I courageously decided to kiss her and the end of the evening we ended up together in my hotel room where despite of all my begging we just passionately caressed. Later we made it further and now we have been together almost 11 years.”

The exhibition will not only focus on human flaming love and carnal delights, Marjo Laukkanen explains.

“Overall it seems that it is easier to tell and show the sexual activity of animals than people.”

For the exhibition, Arctic Centre will buy photos from photographers and there are now more photos of mating Arctic animals than people.

This winter, Finnish Lapland experiences a flow of Asian tourists flying in to see Northern Lights.

According to Japanese myths, having sex under the Northern Lights supposedly gives beautiful, gifted and happy children.

None of the stories collected by the science communication department at the Arctic Centre in Rovaniemi tells about how Asia couples eventually manage to make love in the freezing cold under the Northern Lights, or if using a hotel is considered cheating.

“So far we haven’t got examples of happy Asian babies,” Marjo Laukkanen laughs.

In times of climate changes, this will for sure be the “hottest” exhibition of the year.