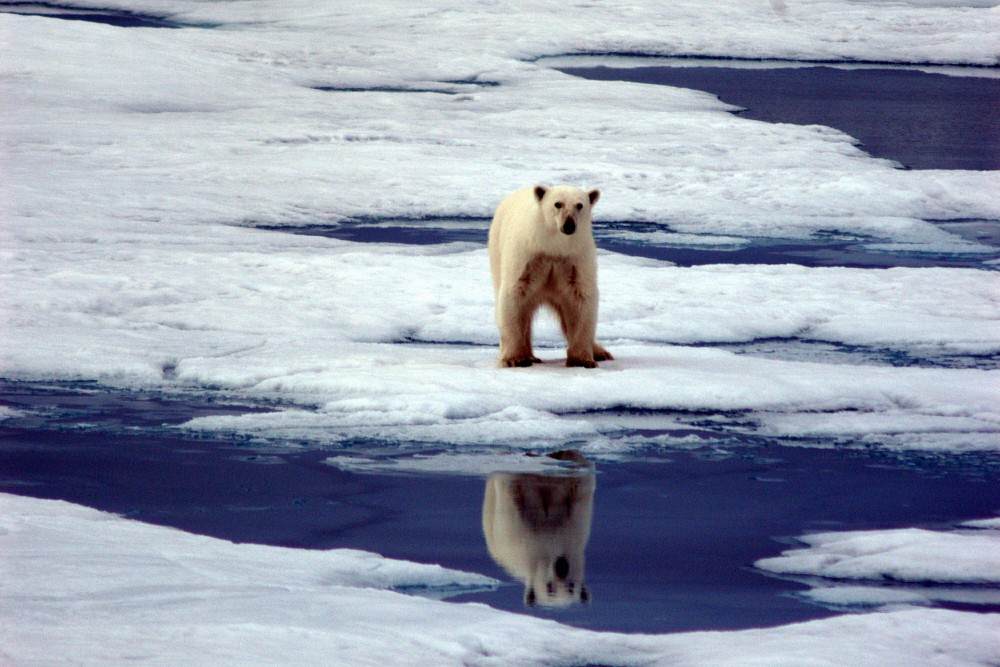 Polar bear is the King of the melting Arctic. Photo: Thomas Nilsen

Three winters in a row with record little extent growth. What will happen now as the melting starts?
Read in Russian | Читать по-русски
By

The winter 2016/2017 has been very warm in the Arctic. For the period when the sun is under the horizon in the high Arctic, from October through February, temperature in the entire Arctic Ocean were more than 2,5 degrees Celsius above average, and in large part of the Barents Sea even more than 5 degrees Celsius, National Snow and Ice Data Centre in Colorado, USA, reports.

Arctic sea ice is important because it reflects sunlight that would otherwise warm the Arctic Ocean. Little growth in winter, means more open water to absorb sun-heat in summer, and consequently could lead to even warmer water that could mean less ice growth the next winter.

Some scientists considered the possibility that sea ice has already passed this tipping point.

This winter, it is especially the waters in the eastern Barents Sea that have much less sea ice than average winter extent. There are also open waters along the west coast of Svalbard and even in some areas between Svalbard and Franz Josef Land, the Sea Ice Extent map shows.

Last year was the warmest ever recorded worldwide. According to the U.N. panel of climate experts, Arctic sea ice could vanish totally in the summer by 2050.