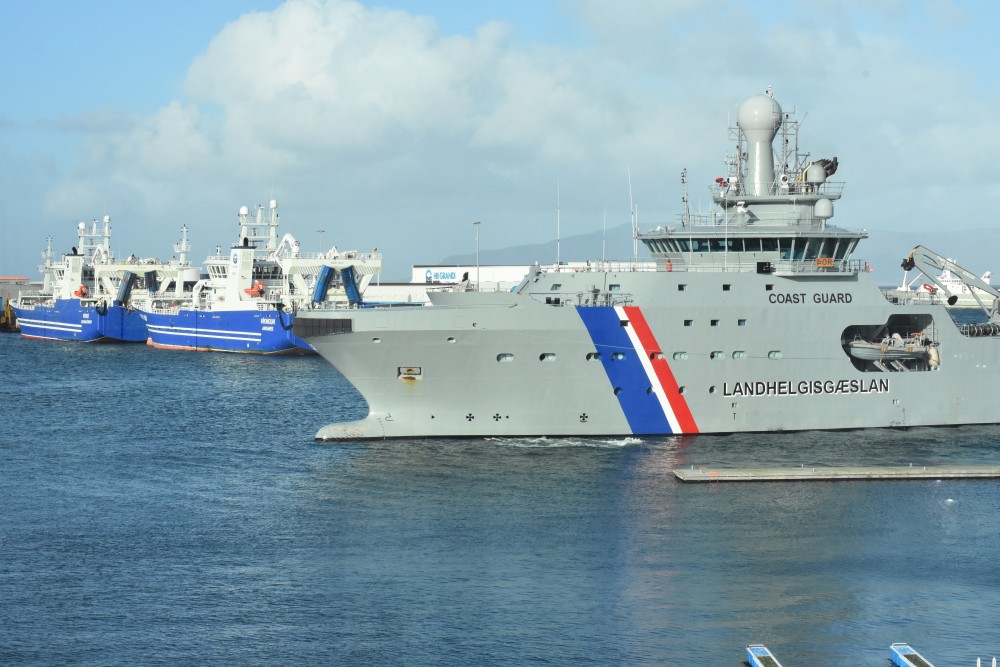 Representatives of Arctic nations and major fishing powers are meeting in the Icelandic capital of Reykjavik to hammer out a deal on banning unregulated fishing in the international waters of the Central Arctic Ocean.
Read in Russian | Читать по-русски
By

It is the fifth such meeting since July 2015, when the five Arctic coastal countries – Canada, U.S., Russia, Norway, and Greenland/Denmark  – signed a moratorium on fishing in the central Arctic Ocean until there was sufficient science and appropriate management in place.

However, coming up with a text that will satisfy all ten players has proven to be no easy task.

“There is a general agreement that there should be such an agreement,” said Henry Huntington, senior officer at Protecting Life in the Arctic project of The Pew Charitable Trusts.

“And the negotiations are around some of the finer details of exactly what that would look like, including things such as how do you decide, if you start with an agreement that says, ‘let’s not fish for now,’ how do you decide if and when it becomes time to open up a fishery?”

Trevor Taylor, fisheries policy director at the The Pew Charitable Trusts Oceans North Canada, said given the complexity of hammering out a binding international agreement, the parties have made “remarkable” progress so far.

“If they can conclude an agreement now, I think it would be one of the fastest international agreements come in place in area of this magnitude,” Taylor said, speaking from Iqaluit, Nunavut.

The negotiation process has involved quite a bit of education on the part of all participants, given that it’s such new area, Taylor said. It also required a change in attitudes.

“Obviously countries that have distant water fishing fleets have those because they want to fish,” said Taylor.

“And bringing them to the table to have a discussion about not fishing until sufficient science is done and regulatory bodies are put in place is at odds with the approach that has been taken historically. Typically you go into an area and you fish. And eventually, typically after some significant damage has been done, a regulatory regime gets put in place. This is putting that whole process on its head.”

Environmental conditions currently preclude commercial fishing in the Central Arctic Ocean, an area the size of the Mediterranean Sea, but climate change has opened the possibility that could change in future.

In 2012, more than 2,000 scientists from around the world signed an open letter calling for a moratorium on commercial fishing in the Arctic until more research can be completed on waters that were once covered by ice year-round.

“In addition to the diplomatic negotiations about an agreement all ten parties to the negotiations have been having a series of scientific meetings as well, at which they have been discussing what’s known about the region, what would need to be known and how one would plan the science one would need to support the agreement,” Huntington said.

“If you’re serious about the potential of opening the fishery some day, you need to be doing the science to figure out which fish stocks are there, in what numbers and what a quota might look like.”

This raises the question about how the participating states and the European Union organize that type of science, which would require a lot of international cooperation in a region that is distant, difficult and expensive to get to, Huntington said.

Environmental and Indigenous groups have widely praised the declaration signed by the Arctic Five.

The Inuit Circumpolar Council, an international organization of Inuit from Canada, Greenland, Russia and the United States, have been strong advocates for a moratorium on commercial fishing in the Central Arctic Ocean until a sustainable management plan is in place and were involved in discussions with the five coastal states on the issue.