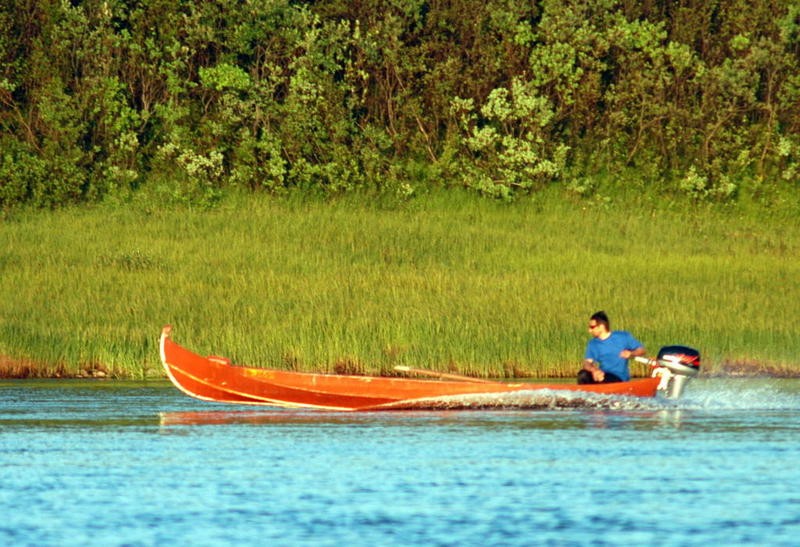 Disputed agreement aims at regulating salmon fishing in the river, which runs along the Finnish-Norwegian border. Photo: Thomas Nilsen

According to the Deputy Chancellor of Justice Risto Hiekkataipale, the Government should have consulted with the Sámi Parliament before the negotiations between Finland and Norway on the Teno River Fishery Agreement were concluded.
By

In that case, the Sámi Parliament would have had a genuine opportunity to influence the content of the fishery agreement. However, the negotiations were not held until after the agreement had been signed. The Deputy Chancellor of Justice investigated the issue on the basis of an omission complaint submitted by the Sámi Parliament.

The Deputy Chancellor of Justice is the authority that monitors the lawfulness of the acts of the Government in Finland.

“In its statement, the Committee reprimands that the obligation to hear the Sámi in matters that, to a great extent, influence their rights must be taken into consideration when drafting a legislative proposal. However, the Finnish Parliament decided to adopt, in the first reading, the Teno River Fishery Agreement and a law on its entry into force despite the fact that the Parliament knew that the obligation to negotiate with the Sámi had been partly neglected.”

“Like the Constitutional Committee, I find that the Ministry of Agriculture and Forestry has partly neglected to fulfil the obligation to negotiate with the Sámi as provided by the Act on the Sámi Parliament. In the negotiations held in October 2016, the Sámi Parliament could genuinely only negotiate on the matters that concerned the entry into force of the agreement.

“I also find that, in this respect, the procedure was not proper from the point of view of the requirements of good governance provided by the Constitution and the Administrative Procedure Act. Thus, I also draw attention to the actions of the Ministry of Agriculture and Forestry as concerns proper negotiations and the provisions of the Administrative Procedure Act, as well as the realisation of rights in accordance with good governance,” the Deputy Chancellor of Justice writes in his decision.

The agreement regulates salmon fishing in the Tenojoki River, known as the Tana River in Norway and just Teno among locals. The 361-kilometre river supports the largest Atlantic salmon stock in the world and is the most productive salmon river in both Finland and Norway. The agreement was signed by Finnish and Norwegian government representatives on 30th September 2016.