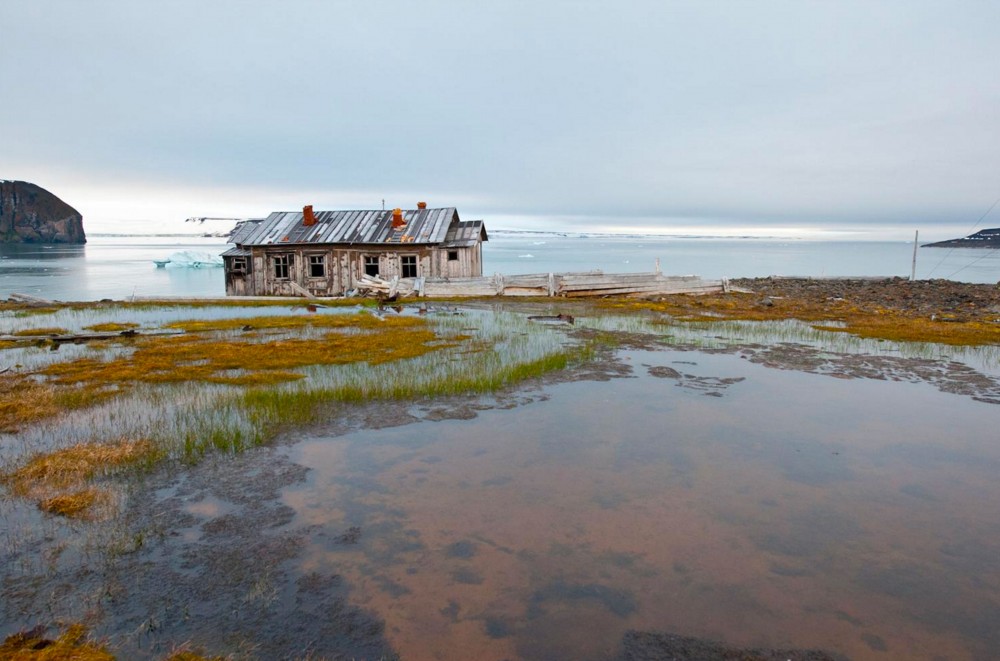 The outdoor exhibit will show the history of Russian Arctic exploration, initiators told Minister Sergey Donskoy during a visit on site.
Read in Russian | Читать по-русски
By

Head of the Russian Arctic National Park, Aleksandr Kirilov, argues that the museum should include key items from the first half of the 20th century when Soviet explorers actively moved into the area.

Among them should be a replica of the first Soviet polar station, vehicles, snowmobiles and aviation, he told Minister of Natural Resources Sergey Donskoy.

The minister was on a visit to the far northern archipelago in mid February, the national park informs in a press release. Along with him was Governor of Arkhangelsk Oblast Igor Orlov and Bishop Iakov of Naryan-Mar and Mezen.

According to Aleksandr Kirilov, the museum could include several branches located on selected sites, among them on both the Franz Josef Land and the Novaya Zemlya. Minister Donskoy supports the proposal, Kirilov says.

In the course of summer 2017, employees of the Russian Arctic National Park intend to restore a historic polar station on the islands of Guker and Aldzher, the park informs.

The Russian Arctic National Park includes the Franz Josef Land and parts of Novaya Zemlya. The former archipelago has a total of 192 islands which stretch over a 375 east-west area. The islands are objects of interesting interest among Arctic tourism companies.

The Franz Josef Land t is also an area of major military investments. The new and upgraded Nagurskoye military base is expected to be fully operational in the course of 2017.