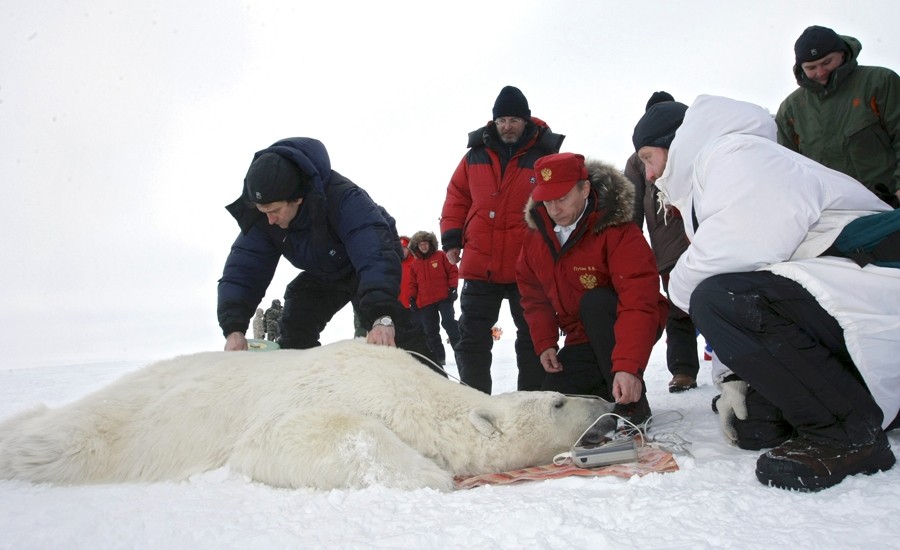 Barrels and garbage are removed and the site is ready for inspection by the Russian President.
Read in Russian | Читать по-русски
By

Vladimir Putin will fly to the Aleksandra Island on Russia’s Arctic archipelago of Franz Josef Land by the end of March. The President’s visit will take place ahead of the big Arctic forum in Arkhangelsk on March 29-30 where environment is one of the issues to be discussed.

Press secretary Dmitry Peskov told reporters on Wednesday that Putin are heading to the Arctic island to get acquainted with the results of cleaning debris leftovers, Interfax reports.

Peskov said the President will meet with environmentalists during the visit.

This will be Putin’s second visit to Franz Josef Land. First time, in April 2010, the President announced his Polar Bear Programme, one of several special animal protection projects initiated by Putin.

In 2012, the President signed a decree on a major clean-up in the Arctic, including at Franz Josef Land.

According to Russia’s Natural Resource Minister, Sergey Donskoy, the Island of Alexandra is now fully swept clean of rusting barrels from the Soviet era.

2017 is officially the Year of Ecology in Russia.