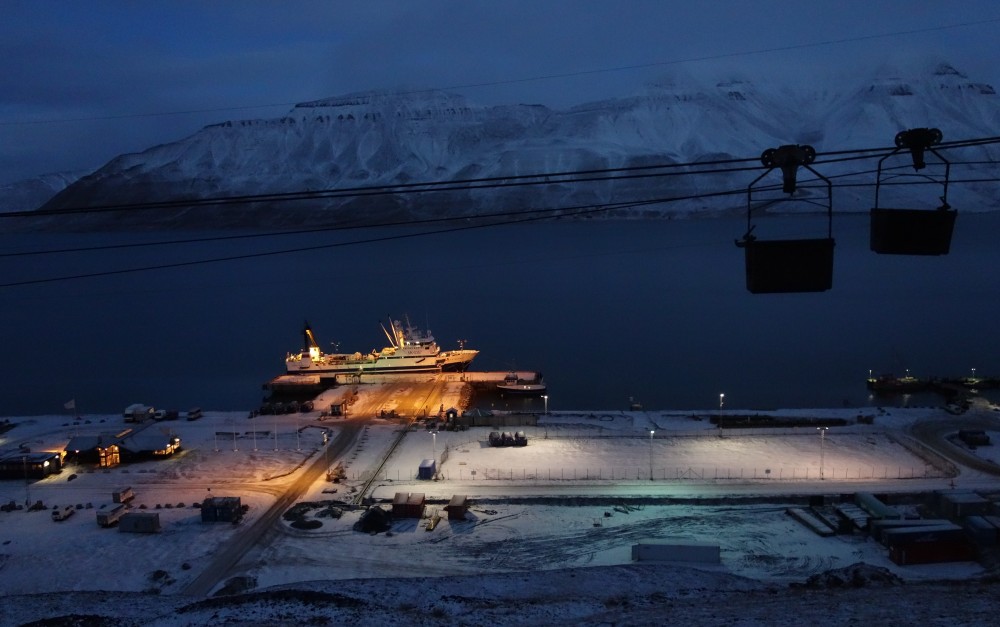 A research vessel will this year sail more than three weeks in the waters off the Norwegian Arctic archipelago to study the shelf and its oil and gas potential.
Read in Russian | Читать по-русски
By

According to Dmitry Ishkulov, leader of the Murmansk Marine Biological Institute, the vessel «Dalnye Zelantsy» will spend 24 days in the Svalbard water. That is an increase of 10 day compared with the original schedule.

The reason is a growing interest from several Russian research organizations, Ishkulov says to TASS. The expedition is likely to take place in May-June and September-October.

According to Pavel Makarevich, deputy Head of the Institute, the extended expedition will allow the researchers to «fill certain information gaps in the region».

Russian state organizations have for a number of years conducted studies of the Svalbard shelf. But they are by many considered controversial and on the verge of what should be accepted by Norway.

According to Per Arne Totland, a writer and consultant with long experience from the archipelago, Norway has a liberal regime with regard to research in and around Svalbard.

«The official explanation [from the Russians] is that the seismic studies include only research and not mapping of oil», he says to the Barents Observer. «If the Russians had admitted that they are doing mapping of oil resources, it would have lead to a conflict situation», he adds.

«Norwegian authorities probably know well what is going on, but choose not to take that conflict which seems to be wise».

Researcher from the Fridtjof Nansen Institute, Øystein Jensen, underlines to the Barents Observer that only Norway has the right to map the continental shelf with the aim to exploit its natural resources. The Svalbard Treaty includes no limitations on Norway’s right to regulate access, he says.

«However, if it is opened up for mapping, then the question arises about granting also other countries access», he adds.

«So, in other words, the conclusion is that this is controversial and can not be done without permission from Norwegian authorities».

Russia has over the past years stepped up its presence in Svalbard. In 2014, the Russian government decided to establish a new research center in Barentsburg, a Russian settlement in the area. The center is today manned permanently by about 25 researcher all financed by government funds. It is managed by the Russian Arctic and Antarctic Research Institute together with the Russian Hydrometeorological Service.

According to a government policy document from 2014, among the objectives of the new center it to conduct «complex studies of local environment including the waters of the adjacent Arctic Ocean».

Russia also has ambitions to invest in local infrastructure, including a fish landing facility and an emergency and rescue port. In December 2016, the «Murmanryba», a vessel operated by the Russian Fishery Agency, arrived in Longyearbyen to assess possibilities for the building of the rescue and emergency port.

In a comment to Murman TV, representative of the Fishery Agency Anatoly Leontiev underlines that  «the presence of a rescue fleet in areas where there is catch of marine bio-resources certainly is needed».

«Even new ships can get their propellers in disorder or lose engine power, so rescue workers are of course needed!»

However, Per Arne Totland says there is no increase in Russian fisheries around Svalbard and that emergency and rescue capacity already is well provided by local Norwegian authorities.

He sees a clear touch of politics in the current Russian build-up of research in the area.

«The Svalbard Treaty includes no regulations on research and Norwegian authorities have not set clear rules about research activities», the expert says.

«Therefore, without doubt, foreign powers are engaged in intelligence activities in Svalbard under the cover of research, and this is a subject of concern among Norwegian authorities».