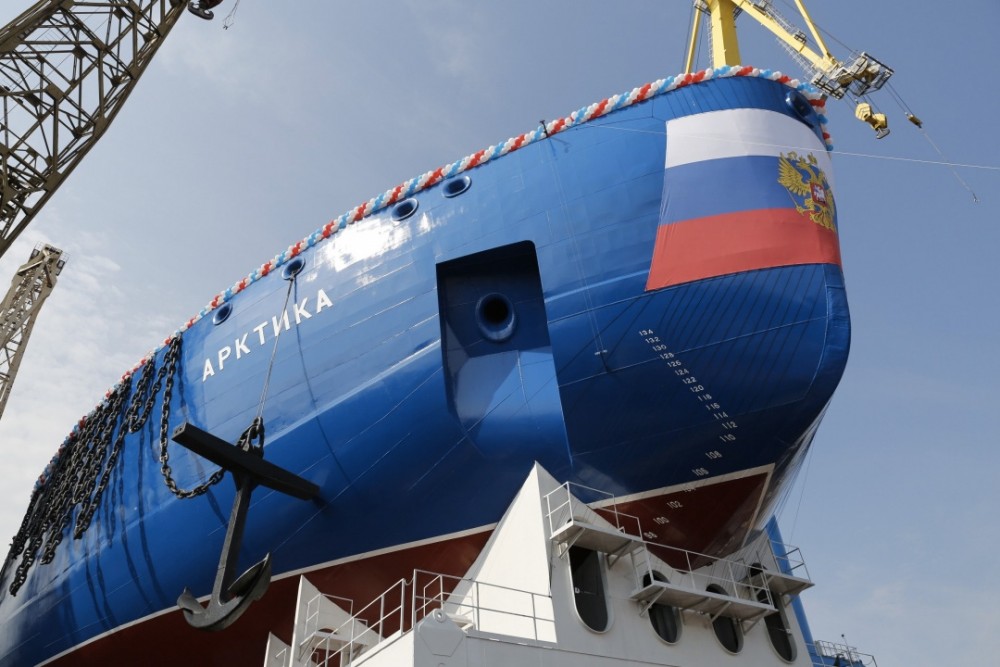 The "Arktika" was originally to be completed in December 2017. Photo: gov-murman.ru

The building of nuclear-powered icebreakers is significantly behind schedule. A key reason is the ruling east-west sanction regimes.
By

The construction of Russia’s first LK-60 nuclear icebreaker, the «Arktika», might be at least a year delayed following troubles at the Baltic Yard in St. Petersburg. According to newspaper DP, the yard has addressed the Russian government with a request to postpone the launch of the powerful vessel to December 2018.

Originally, the «Arktika» was to be ready for sailing in December 2017.

The yard accuses its sub-contractors for the delays. Among them is the Kirovsky Zavod, which is manufacturing the ships’ steam turbines. Baltic Yards and its superiors in the United Shipbuilding Corporation now instead wants to hand over the contract to the Kaluga Turbine Plant and has lauched a court case against the Kirovsky Zavod.

The yard has reportedly also sued the Krylov State Research Center for failing to deliver design for the turbines in time.

A key reason for the trouble is the difficult relations with the abroad. The steam turbines were originally to be delivered by Turboatom, the Ukrainean company based in Kharkiv. However, the ongoing conflict with Ukraine put a stop to that deal.

A key role was originally also given to a British company owned by General Electrics. The company was to deliver electric propulsion systems for the ships. However, also that deal was stalled, reportedly beacuse of the freeze in east-west relations.

The Baltic Yard is building three LK-60 icebreakers. The first of the ships, the «Arktika» was put on the water in June 2016. Construction of the two other vessels, the «Ural» and the «Sibir», was launched in May 2015 and July 2016.

The ships LK-60 (project 22220) will be the most powerful icebreakers in the world. They are equipped with the RITM-200 nuclear propulsion unit with two 175 MW capacity reactors and are able to break through three meter thick ice. The ships will be 173 meters long and 34 meters wide. They will be based in Murmansk as part of the state-owned Rosatomflot fleet of nuclear icebreakers.