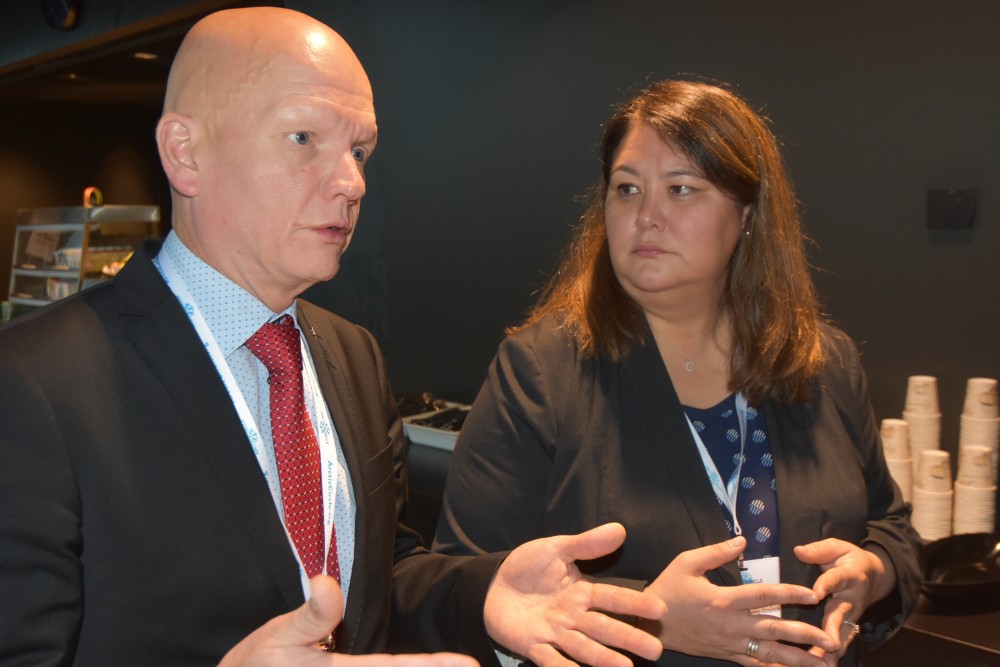 The Arctic remains an area of vast opportunity but the changing political climate is creating challenges for northern communities and businesses wanting to tap into that potential, says the new chair of the Arctic Economic Council.
Read in Russian | Читать по-русски
By

The biggest danger to Arctic business is protectionism,” Tero Vauraste, AEC chair and president and CEO of Finnish state-owned icebreaker operator Arctica Ltd, told Eye on the Arctic in a one-on-one interview on Wednesday.

The Transatlantic Trade and Investment Partnership (TTIP) between the European Union and the United States, under negotiation since 2013, has been halted by U.S. President Donald Trump.

This has implications for the Arctic, Verauste said.

“We need best practices in the Arctic and to make sure that we have safe, secure, sustainable solutions, whether it’s  in services or technology.

“But if we close borders, we also close ourselves off to best those best practices because we cannot import or export them from other areas.”

The Comprehensive Economic and Trade Agreement (CETA) between Canada and the EU has been one recent bright spot for the  North, Vauraste said.

The CETA agreement was approved by the European Parliament in February 2017. Once the deal comes into effect after being voted on by the EU member national parliaments, the agreement will remove customs duties and make it easier to export goods and services.

The agreement also pledges to ensure that social issues and environmental protection are considered along the way.

“CETA has great significance for the Arctic,” Vauraste said.

“The Arctic is a vast area in geographical terms yet throughout the global Arctic there are only 4 million taxpayers. Infrastructure in the region is either marginal or non-existent. You need investment for that but you can’t take the money out of tax payers pockets. There simply isn’t the tax base.

“We need public private-partnerships, international cooperation and to secure investments with international funding. All this is, of course, much easier when free trade agreements apply.”

Vauraste takes over the rotating AEC chairmanship from Alaskan Tara Sweeney at challenging time for the organization.

An initiative of Canada’s most recent Arctic Council chairmanship (2013-2015), the AEC  was conceived to advise the Arctic Council on business issues at a time  when headlines around the world trumpeted a ‘Race for Resources in the North’ and an ‘Arctic Gold Rush’ as melting sea ice created new shipping routes and  access to mineral resources.

A lot has changed since then.

Commodity prices have fallen, tensions between Russia and the West are on the increase and exploration and mining companies have realized that just because Arctic resources are accessible, it  doesn’t mean that they’re easy or cheap to get to.

But despite the challenges, Verauste says the AEC has an increasingly important role  to play –  facilitating business to business relationships, increasing links with Asian businesses wanting to do business in the North, and increasing education opportunities for Arctic indigenous communities so they can take advantage of the opportunities increased economic activities in the North will bring.

“An overarching theme for the Arctic Economic Council, and one that we want to have influence on, is that the regulatory framework in Arctic areas be as stable, predictable and standardized as a possible.

“Of course we work with big multinational companies, but one of our main tasks is the involvement of Arctic Indigenous communities and small and medium enterprises in the North, which might have difficulties in getting their voices heard.

“We would like to be that voice and I think we’re making progress on that.”

This town aims for global lead in understanding of Arctic ocean