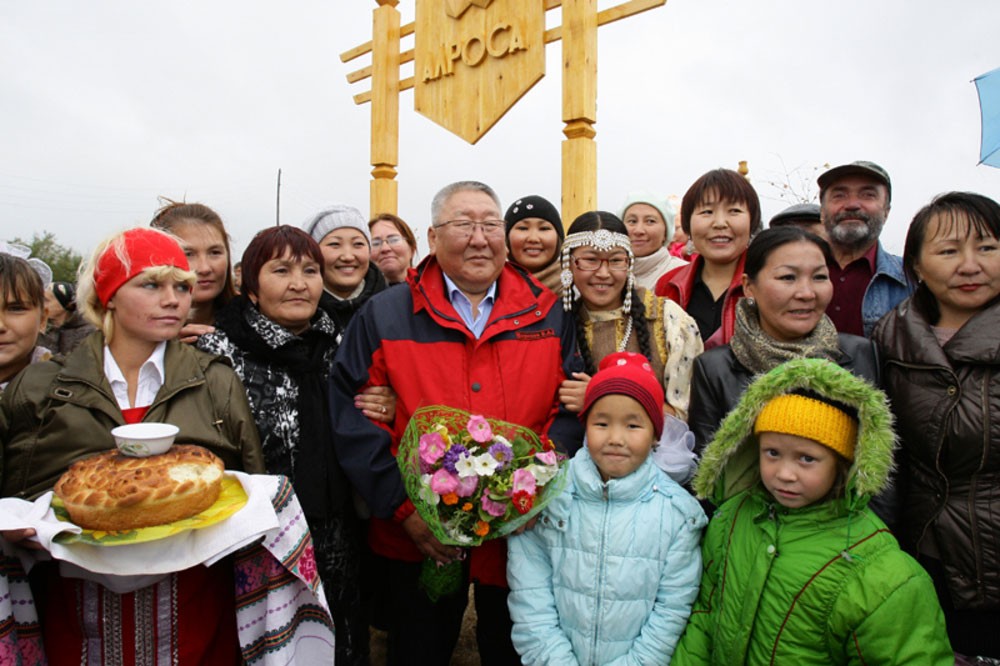 What will be the benefits for locals? Yakutian leader Yegor Borisov asks as Moscow invests big money in Arctic infrastructure projects and the development of the Northern Sea Route.
Read in Russian | Читать по-русски
By

«I have still not got an answer to that question», the head of the great east Siberian region says in an interview to reporters.

Borisov is skeptical towards a draft state program on Arctic development recently presented by the federal Ministry of Economic Development.

«We would like this project to be elaborated in a way which better meets the interests of the people who live in the Arctic», the regional leader told journalists during the recent Arctic Forum in Arkhangelsk, Kommersant reports.

The new state program covers the period until 2025 and has an outlined cost frame of 210 billion rubles (€3.38 billion), of which infrastructure development and shipbuilding, including the development of the new class of nuclear-powered icebreakers, the “Lider”, are key points.

The program proposes to develop so-called Arctic Support Zones, one in each of the eight federal subjects with coasts towards the Arctic Ocean. The zones are to help develop the potential of the Northern Sea Route and facilitate exports of ores and other natural resources.

Borisov says he is concerned about the profile of the new Arctic strategy.

«The development of an industrial basis and the generation of profits is of course important, but at the same time we must not forget about the local peoples who live under the toughest of climatic conditions», the regional leader says on his website.

He warns against a federal strategy which neglects the interests of the northerners.

«It is unacceptable with a consumer approach to the people of the North, like  when businessmen from other regions come, bring their workers for a period, extract gold and then leave without having paid taxes or established permanent jobs», he says to RIA Novosti.

The Sakha Republic (Yakutia) in its own regional Strategy-2030 puts local people in the forefront. «Our regional strategic goals and priorities are formulated through the prism of the individual», Borisov maintains.

With its more than 3 million square kilometers of territory, the Sakha Republic (Yakutia) is Russia’s biggest federal subject. Population is only about 950 thousand, of whom the indigenous Yakuts account for almost 50 percent. The town of Tiksi, located near the Lena River delta, is the region’s key settlement along the Arctic coast.