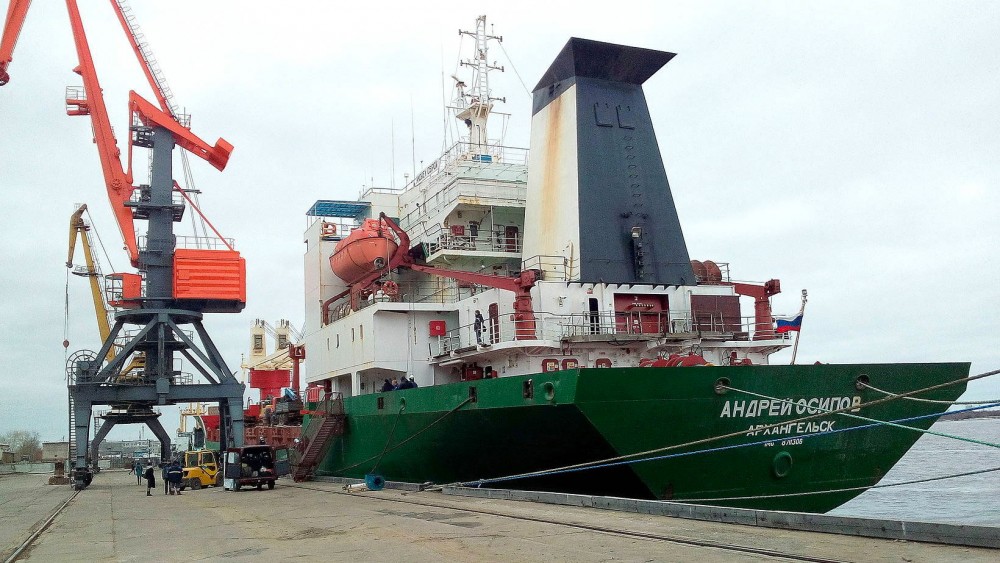 At least 8,000 tons of Soviet-era industrial wastes and scrap metal will this summer be removed from four islands in the Arctic archipelago.
Read in Russian | Читать по-русски
By

The expedition on Sunday set out from Arkhangelsk with course towards the northern Barents Sea. A six-day voyage will bring the crew of more than 30 to Graham Bell, the easternmost island in the archipelago of Franz Josef Land.

On its way towards the north, the ship «Andrey Osipov» will be accompanied by icebreaker «Novorossiisk», the Arkhangelsk regional government informs.

The island of Graham Bell is considered among the worst polluted in the Russian far Arctic. In 2013, a group of experts last moment managed to prevent a serious oil spill in the area when abandoned barrels of oil almost ended up in the Barents Sea following the erosion of the sea shore, the Russian Arctic National Park informs.

Clean-up operations on the island will take place until October and a total of 5,000 tons of wastes is planned removed. Similar operations will be conducted on the nearby islands of Guker, Kheys and Alexandra Land.

In the period 2011-2015, more than 40,000 tons of wastes and scrap metal was assembled and removed from the Franz Josef Land. However, that is less than half of the waste materials which was generated and abandoned in the area during the Soviet period.

The Russian Arctic National Park includes the Franz Josef Land and the northernmost parts of archipelago Novaya Zemlya. It is Russia’s biggest and northernmost protected area of its kind.