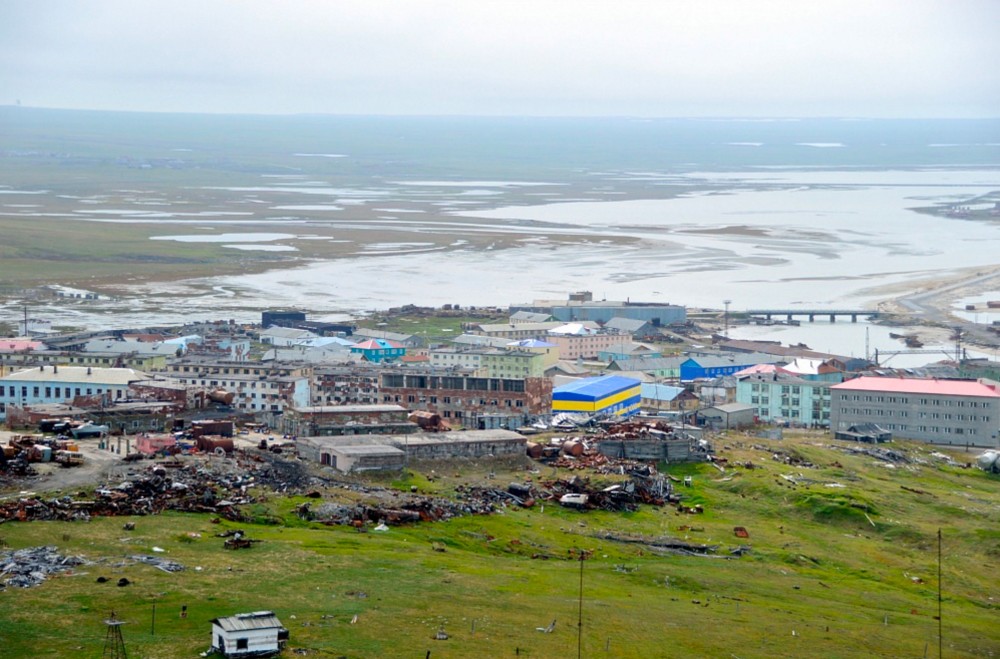 The town of Amderma. Photo: visitnao.ru

Clean-up personnel are up for a titanic mission as 53 thousand square meters of tundra lands are to be swept free of rusting Soviet-era barrels, abandoned machinery and oil pollution.
Read in Russian | Читать по-русски
By

Regional authorities in the Nenets Autonomous Okrug have set ambitious goals for the cleanup of the wide-stretched tundra lands along the coast of the Pechora Sea.

According to the «Clean Country» project, an initiative developed by the regional Department of Natural Resources and Environment, vast areas are to be swept clean of polluting wastes from the Soviet past.

The situation in the town of Amderma is the worst, the regional government informs.

The project envisages the removal of as much as 110,000 tons of scrap metal from Amderma alone. That will help clean up an area of 53 thousand square meters, a press release reads.

Up for re-cultivation after oil pullution is an area of 8,9 square km.

The clean-up of Amderma started in year 2011 when 2,100 tons of scrap metal was assembled in the local port area. The subsequent year, another 3,000 tons was removed, the regional Natural Resources Department informs.

The lion’s share of the operations is funded by the Nenets government. However, regional authorities now also intend to bid for federal funding, officials say.

The local airport is served twice every month by An-24 aircrafts of the Nordavia company.