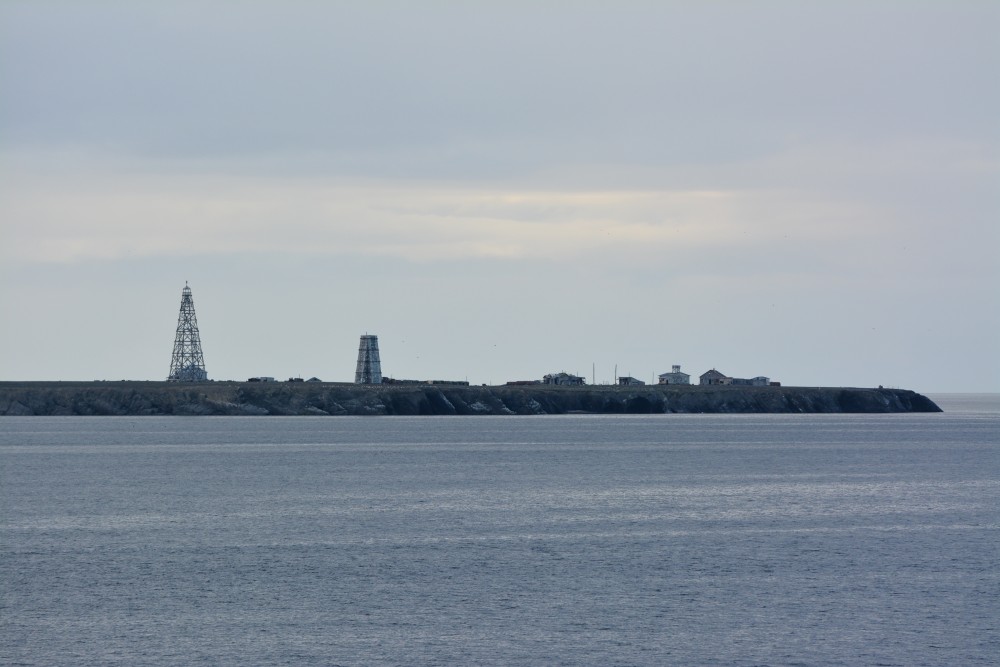 94 soldiers from the 12th Main Directorate flies to Novaya Zemlya to collect scrap metal at the nuclear weapons test site.
Read in Russian | Читать по-русски
By

The reports says nothing about potential radioactivity in the 2,000 tons of scrap metal to be collected and shipped away from Novaya Zemlya this summer. The soldiers, though, have got specialist training before they were flying north this week, the Ministry of Defense in Moscow reports.

All 94 soldiers belongs to the 12th Chief Directorate of the Ministry of Defense. This directorate, unlike others, does not belongs to the structure of the General Staff, but is directly under the Ministry of Defense. The 12th Chief Directorate is responsible for safe-keeping, transportation and delivery of nuclear warheads. Also, it is responsible for maintenance of the testing grounds.

At Novaya Zemlya, the soldiers will work from Belushaya Bay, the main military settlement on the archipelago. Not far away is the southern test-range where low- and medium-yield atmospheric and surface nuclear explosions were carried out between 1955 and 1962. Also, two underwater explosion took place in Chernaya Bay. Six underground nuclear tests were carried out in the area after 1963.

The northern test site is located at the Matochkin Strait dividing the northern and southern islands of Novaya Zemlya where all nuclear bomb tests took place inside mountain tunnels.

From Belushaya Bay, the environmental clean-up team is set to reclaim 11.5 hectares of land, including demolishing 59 buildings, the Ministry of Defense reports.

In March, Putin along with other Ministers visited Franz Josef Land to see how it goes with the clean-up progress of leftover scrap metal from the Cold War’s military activities in the Arctic.