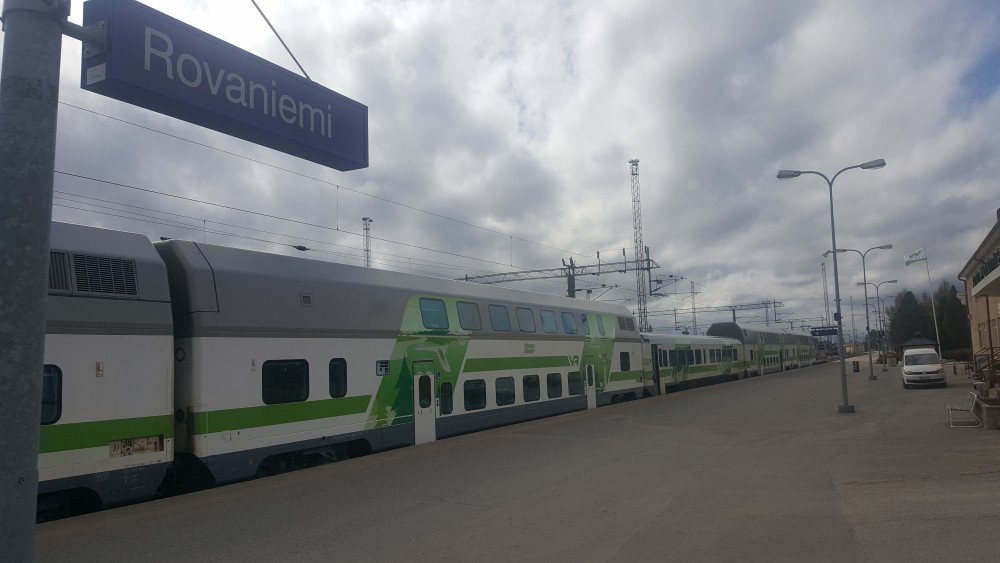 Rovaniemi might not forever be the northernmost stop in the Finnish railway network. Photo: Thomas Nilsen

It will look at possible economic benefits and be made in cooperation with Norwegian transport authorities, says Finnish Transport and Communications Minister Anne Berner.
Read in Russian | Читать по-русски
By

The report, which will be written by the Finnish Transport Agency is to explore possible rail lines, find out what the users need and identify a possible business model and demand potential, an announcement from the ministry says.

The work is to be carried out in cooperation with the Norwegian railway authorities, most likely the Bane NOR, the state-owned company responsible for the country’s national railway infrastructure.

The assignment is to be completed by 28 February 2018.

Finland would like to like to see the railway built from the northern Finnish city of Rovaniemi to Kirkenes on the Norwegian Barents Sea coast. The distance is about 550 km, the lion’s share is on the Finnish side.

«The Arctic railway would speed up the development of the region and promote its growth and employment», Anne Berner says.

According to the minister, the project would also «improve our climate change preparedness».

The announcement comes after the Finnish minister in mid-May this year wrote a letter to her Norwegian counterpart Kjetil Solvik-Olsen where she called on joint efforts to elaborate the new piece of infrastructure.

«I have learnt that a particular priority in Norway is the renovation and possible extension of the transport network in northern Norway», the minister said in the letter and added that «I think this would be the right time to conduct a joint study on the Arctic Ocean connection».

Anne Berner has long been a strong proponent of a railway connection from Rovaniemi in Lapland to the Norwegian Barents Sea coast. In a Nordic Council session last year, the minister brought up the initiative and highlighted that the Arctic connection must be linked with the projected southbound Rail Baltica and the Helsinki-Tallinn tunnel.

A joint Finnish-Norwegian assessment of the Arctic railway line will fit nicely with an upcoming elaboration of the Northern Lapland regional plan 2040, Berner argues. Included in that plan will be a study on the Sodankylä-Kirkkoniemi (Kirkenes) rail connection and its alternatives, the Finnish minister argues.

«It is the intention to get an overall picture of transport and logistics in the Arctic region.»

«The importance of the Arctic region is growing from the perspective of both the Nordic countries and the European Union. With a view to tourism, extractive industry, use of the Northeast Passage, oil and gas deliveries, fisheries and the forestry sector, the region is shaping a business life ecosystem and a backbone for economic activities.»