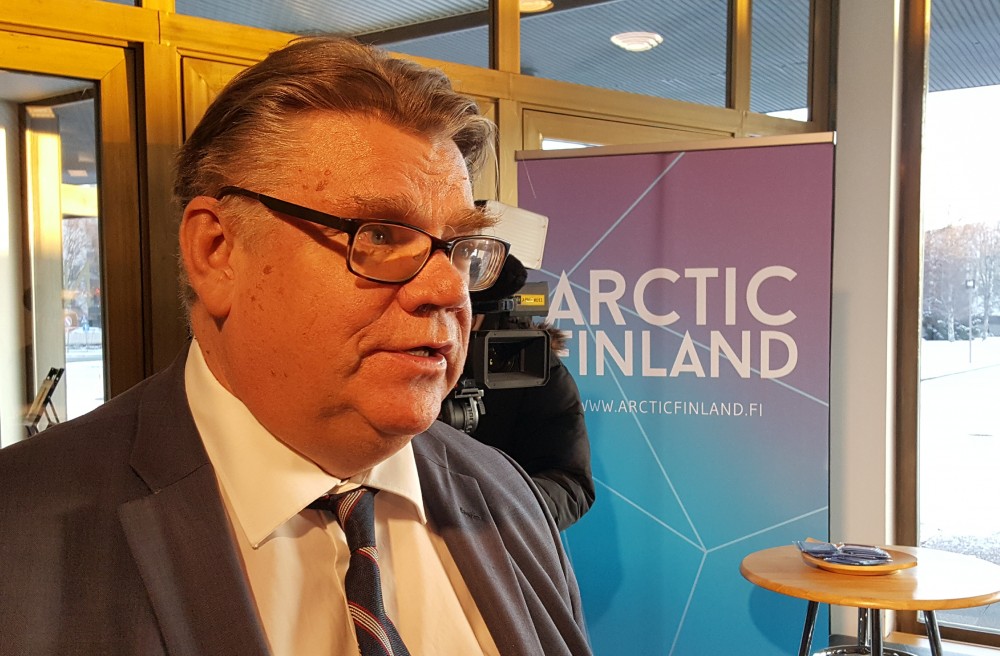 «Arctic Spirit» is the keyword as ministers, policymakers and researchers this week assemble for talks in Rovaniemi, northern Finland.

«Global interest towards the Arctic has grown – and so have the concerns - when the climate and the living conditions are rapidly changing», Soini underlined in his address.

However, the foreign minister does not really agree that current trends of expanding regional oil and gas development, as well as militarisation, might undermine the good spirit.

In an interview with the Barents Observer, Soini argues that several tracks must be allowed to move at the same time.

«I know there are challenges when it comes to oil production, but we cannot deny the fact that resources are to be utilised.»

«But it must be done in a sustainable way,» he adds.

According to Foreign Minister Soini Arctic cooperation today proceeds nicely despite the growing military interest in the region.

«It has not affected negatively the work of the Arctic Council,» Soini argues.

«I know that the world is not perfect, but it is a matter of taking step by step», he says, and maintains that the key problem now lies in the relationship between the USA and Russia.

What is needed is dialogue, Soini argues.

«We do not believe that not to speak, not to communicate, is the best way to get results.»

The Finnish foreign minister is among the western government representatives with the closest relationship with Russian colleagues. During his 2,5 years in office, Soini has met with Sergey Lavrov as many as seven times.