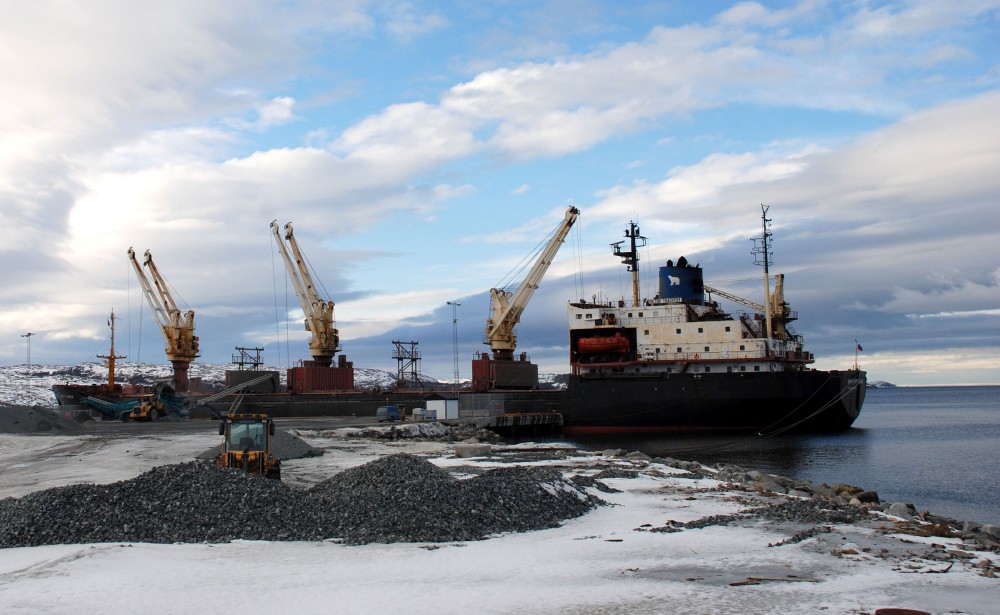 Cargo vessel set out out from Murmansk loaded with gravel for Sabetta and then proceeded eastwards towards the Bering Strait with coal from Dikson.
Read in Russian | Читать по-русски
By

The 42 year old «Pyotr Veliky» in mid October left the Port of Murmansk loaded aggregates for the Yamal LNG port. The building material was unloaded at new Arctic port of Sabetta one of the last days of the month, the Murmansk Shipping Company informs.

In Dikson, it entered the local port in early November and loaded 21,000 tons of coal from the nearby Taybass, a major mining area under development by company VostokUgol.

The destination is China. A stop-over will be made in Petropavlovsk-Kamchatka on Russia’s east coast, the company says.

Data from MarineTraffic show the vessel on 23rd November was located at the Vilkitsky Strait, the passage between the Kara Sea and the Laptev Sea.

According to the shipping company, the «Pyotr Veliky» made it to Dikson without icebreaker assistance. However, information from the Northern Sea Route Administration shows that the ship is now accompanied by icebreaker «50-let Pobedy».

Ice data from the Russian Arctic and Antarctic Research Institute shows that major parts of the Russian Arctic waters now are about to freeze. The whole Laptev Sea now has ice up to 200 cm thick. The waters open up only east of the Wrangel Island.

According to the Murmansk Shipping Company, the «Pyotr Veliky» will sail about 6,000 miles from Murmansk to the Chinese port. That is about half of the distance compared with the route through the Suez Canal, a press release informs.