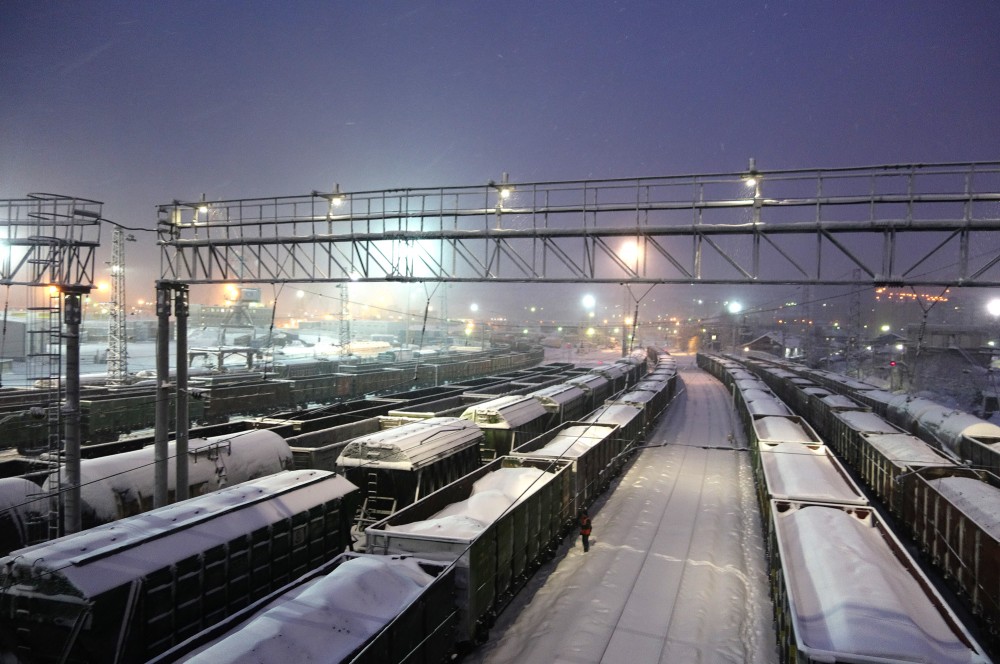 A historical decision has been taken on the Northern Latitudinal Passage project, regional Governor Dmitry Kobylkin says.
Read in Russian | Читать по-русски
By

In an address on the state of affairs in his far northern Yamal Nenets Autonomous Okrug, Governor Kobylkin on Thursday announced that a historical decision had been taken in Moscow late October.

«The federal level has decided to build a railway between Nadym and Salekhard».

According to Interfax, the project is now to undergo an assessment process whereupon construction will start.

The railway line is key part in the Northern Latitudinal Passage project and is planned to be connected with the Arctic Ocean through a 170 km connection between Bovanenkovo and Sabetta in Yamal Peninsula.

Governor Kobylkin is confident that the new infrastructure will have paramount importance for the industrial development in his region.

«New centres of development will be three cities; Salekhard, Labytnangi and Nadym, and we will soon see their boost», he maintained.

According to the governor, the three cities will be hubs for both logistics and processing industry.

Kobylkin has worked hard to convince Moscow. However, it is not fully clear how the increasingly cash-strapped federal treasury will be able to provide financing.

From Arkhangelsk to Surgut by rail

It will be a powerful new connection between western Siberia and the Arctic coast. The railway project will open a new major infrastructure connection to Russian Arctic waters, Nenets-Yamal authorities say.

And not only to the Yamal Peninsula. It will enable transportation of passengers and goods from cities such as Arkhangelsk to Labitnangy, across the Ob Bay and all the way to Novy Urengoy and Surgut.

The grand project will ultimately link two of Russia’s key Arctic railway lines, the Northern Line from Arkhangelsk and the line between Nadym and Tyumen.

When finished, the new line would enable you to take the train from Arkhangelsk and proceed through Labitnangy, the current last stop on the line, across the Ob Bay and all the way to Novy Urengoy and Surgut.

In Soviet times, the project was called the “Ural Industrial – Ural Polar”.