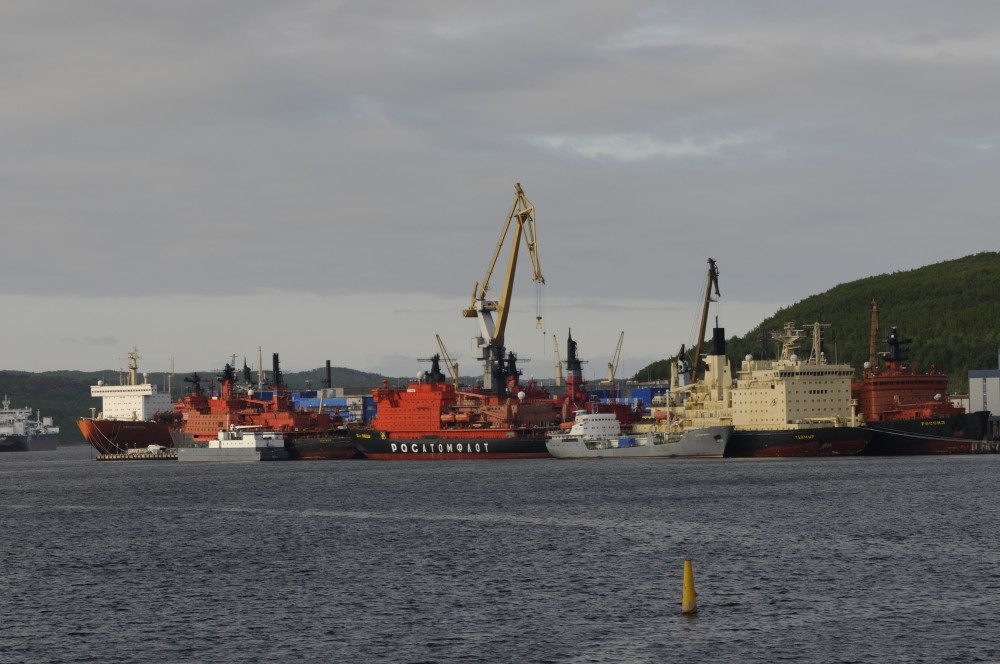 Atomflot is the base for the Russian nuclear icebreaker. It is located in the Kola Bay and is operated by Rosatom. Photo: Thomas Nilsen

Contrary to previous signals, the Russian government aims to give nuclear power company Rosatom the top authority for development of the Arctic shipping route.
Read in Russian | Читать по-русски
By

Russian Deputy Prime Minister and head of the country’s Arctic Commission Dmitry Rogozin this week confirmed that he intends to give Rosatom the role as main operator and developer of the Northern Sea Route.

Rogozin informed about the decision on Twitter and elaborated in his speech at this week’s Arctic conference in St.Petersburg.

It was President Putin who in spring this year announced that there was a need for an entity with over-arching responsibility for regional infrastructure development and the management of the nuclear icebreaker fleet. It first appeared that the new entity would be based on the Northern Sea Route Administration.

Transport Ministry representative Vitaly Klyuyev in May told newspaper Kommersant that the Northern Sea Route Administration, a unit under his ministry, should become a so-called integrated logistical operator in the Arctic responsible for regional hydrography, emergency, rescue and preparedness, as well as the management of nuclear-powered icebreakers.

The transfer of powers to the Northern Sea Route Administration would help increase efficiency and save money, the Transport Ministry argued. The proposal included transfer of responsibilities not only from Rosatom, but also from port development company Rosmorport, the State Marine Rescue Service (Gosmorspassluzhba) and the Russian Sea-River Fleet (Rosmorrechflot).

However, since then, the roles have shifted.

It now appears clear that it is Rosatom, and not the Northern Sea Route Administration, which becomes the main power body in Russian Arctic logistics.

In a comment, Arkhangelsk Governor Igor Orlov highlights the solid experiences of Rosatom, not only in managing the nuclear icebreaker fleet but also in big infrastructure developments.

«Therefore, the decision which today is under elaboration in the government, includes the full set of factors which in the future will facilitate the efficient development of the Northern Sea Route and adjacent waters, including Arkhangelsk Oblast», he says.

According to the governor, «clear contours» of the new structure will be made ready in the course of the year, along with a proposed legal framework, a press release from the Arkhangelsk regional government reads.

Rosatom has since 2008 managed the nuclear icebreaker fleet. The vessels, a total of four icebreakers and one container ship, are all based in Atomflot, a port facility in the Kola Bay.

Rosatom has also been leading the development program on building of new nuclear-powered icebreakers. Three powerful LK-60 vessels are currently under construction at the Baltic Yard in St. Petersburg. The first of the ships, the «Arktika» was put on the water in June 2016. Construction of the two other vessels, the «Ural» and the «Sibir», was launched in May 2015 and July 2016. The yard’s construction contract with Rosatom amounts to 123 billion rubles