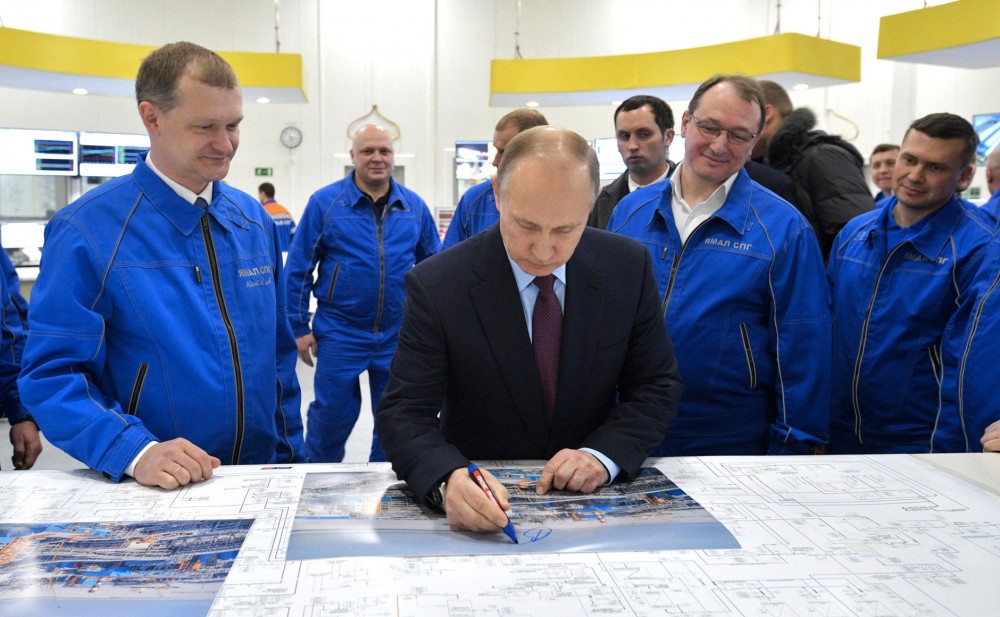 But there are exceptions in the new legislation.
Read in Russian | Читать по-русски
By

The amendment in the federal shipping code comes after Putin in mid-November announced that all shipments of oil and natural gas along the Northern Sea Route would be nationalised.

A law from the State Duma, the lower house in the country’s legislative assembly, came only four weeks later. On the 20th December, the legislators adopted the amendments, which ban foreign petroleum shipments along the Russian Arctic route, information from the Duma shows.

In addition to oil products and liquified natural gas, the legislation also includes coal. The amended law comes into force on 1 February 2018.

The bill reads that shipping of oil, natural gas (including LNG), gas condensate and coal, which is extracted on Russian territory, including on the Russian shelf, and loaded on board vessels along the Northern Sea Route, must proceed under Russian flag.

However, there is a loophole in the new law, which enables several key stakeholders to continue their already ongoing shipping operations with foreign-registered vessels.

The law states that the companies which before 1 February 2018 have entered into contract agreements over the use of foreign-flag vessels will be allowed to continue operations.

The exception is of key importance for Novatek, which today is one of the biggest stakeholders in the Russian Arctic. A fleet of 15 brand new ice-class LNG carriers are being built for the company’s Yamal LNG project, and these ships all carry foreign flags.

The Northern Sea Route includes vast parts of the Russian Arctic coast, from the Novaya Zemlya in the west to the Bering Strait in the east. Both Murmansk and Arkhangelsk are located outside the area and are consequently not affected by the new law.

The measure comes as Russian Arctic shipping is experiencing a major increase.

Estimates from the Russian Ministry of Natural Resources, available in a memo published by news site PortNews, shows that shipping volumes could increase to as much as 67 million tons by 2025 and to 72 million tons in 2030. Half of it will be LNG, and much of it will be shipped eastwards through the ice-covered waters of the Russian east Arctic.

Key drivers in the development are the Yamal LNG, the Novy Port oil field and VostokCoal’s major anthracite project in Taymyr.