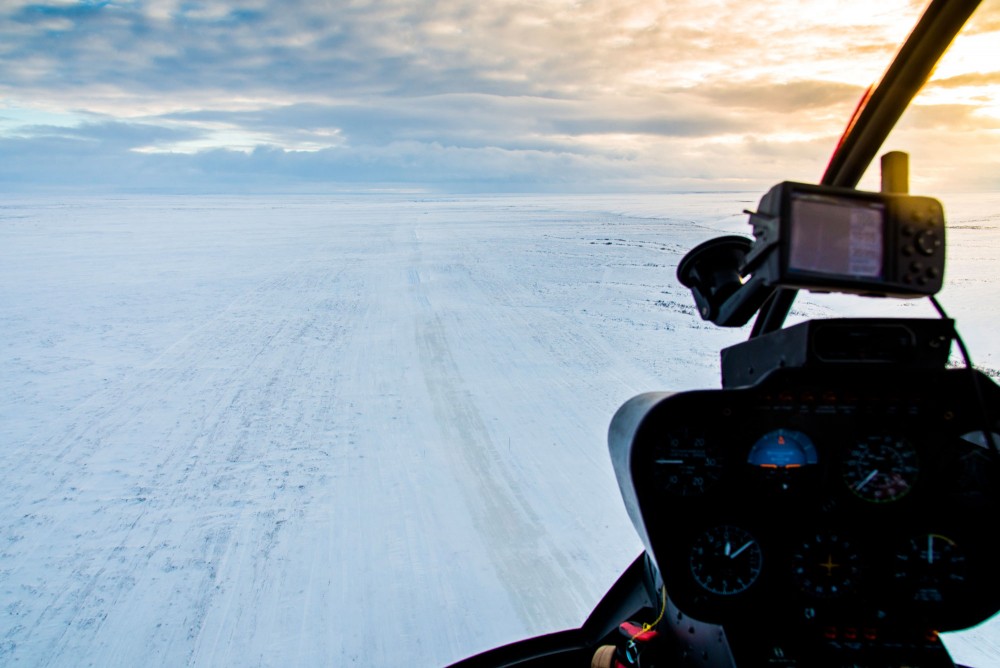 They are built on the snow and are vital transport arteries across the Arctic tundra. But sometimes people and cars get seriously stuck in the middle of nowhere.
Read in Russian | Читать по-русски
By

It happened on the road between Salekhard and Nadym this weekend. Just few days after the 176 km long snow road had opened for traffic, did more than 30 cars get stuck in the snow. Weather was windy and the temperature had risen sharply to only minus one degree celsius. Drifting snow soon covered the tundra road and plow trucks were not able to keep up.

It created an emergency situation.

A rescue team with first aid provisions, as well as a portable heating facility and food supplies was sent out from Salekhard and ultimately made it to the trapped cars, the regional government informs. The road was shuffled and the cars unblocked.

This time, there were no casualties and all cars and passengers were safely transported out of the area. However, consequences could have been fatal if the rescuers had not made it to the desolate area in time.

«Unfortunately, the new year’s vacation period did not proceed without extraordinary situations», regional Governor Dmitry Kobylkin says in a comment.

«There should have been proper control of the traffic regime in order to avoid  this emergency situation», he underlines in a press release. He has now set up a commission which is to investigate the case.

Normally, the winter roads are closed when temperatures rise above minus four. This time, that did not happen and more than 320 cars in few hours made it from Nadym and through the winter roads.

The Yamal-Nenets Autonomous Okrug is heavily dependent on transportation through the winter roads. As soon as the cold season sets in, the regional authorities start shuffling their way through the frozen tundra. Major resources are spent on keeping the roads open until the higher temperatures make the snow surface unstable for vehicles, normally in mid-April.

The winter road between regional capital of Salekhard and Nadym is one of the longest in the Yamal-Nenets region. But there are several more major temporary snow roads in the region. Among them is the road between Urengoy and Krasnoselkup, as well as between Aksarka and Yar-Sale on the Yamal Peninsula.

Traffic across the ice-covered Ob River is also extensive. As they wait for a bridge to be built, regional transport authorities lean heavily on the ice road between Salekhard and Labytnangi. This year, it is made for vehicles with a weight up to 30 tons, the regional government says.

Also in neighboring Nenets Autonomous Okrug is winter roads crucial for seasonal transportation. A 70,9 km long snow road was on 28th December opened on the connection between Naryan-Mar and Usinsk, the regional government informs.

The Nenets AO does not have any road connection to the neighboring regions and the winter road is extensively used for goods provisions to the remote region.