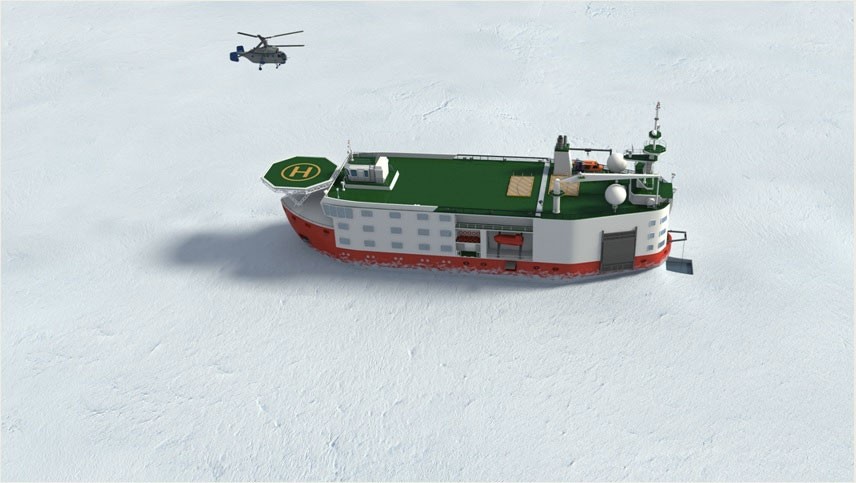 It will be able to operate autonomously for up to three years in ice-covered Arctic waters.
Read in Russian | Читать по-русски
By

As vanishing Arctic ice makes it increasinly difficult to uphold research activitities in the highest Arctic, Russia moves ahead with plans to build a research platform for the region.

The projected self-propelled platform will have top-level ice protection and be able to move autonomously around in Arctic waters for up to three years, Minister of Natural Resources Sergey Donskoy told RIA Novosti.

The active development phase is to begin before June this year and construction will start in 2019, Donskoy confirms.

The platform is a joint project with federal meteorological service Roshydromet and was outlined as a priority project in the recently adopted social and economic development program for the Arctic.

The platform will be named «North Pole» and be operated by Roshydromet. It has a preliminary investment cost of €98 million.

The new platform is to replace the North Pole research stations based on drifting ice floes.

The temporary ice camp has been put up around this time of the year annually since 2002. The ice base is sponsored by the Russian Geographical Society and normally lasts for the month of April. It is used as a base for scientific research and for expeditions to the North Pole, and has during the last years become a more and more popular destination for tourists.

Information from Barneo coordinators shows that the first searches for a suitable ice floe for the camp is in the process.