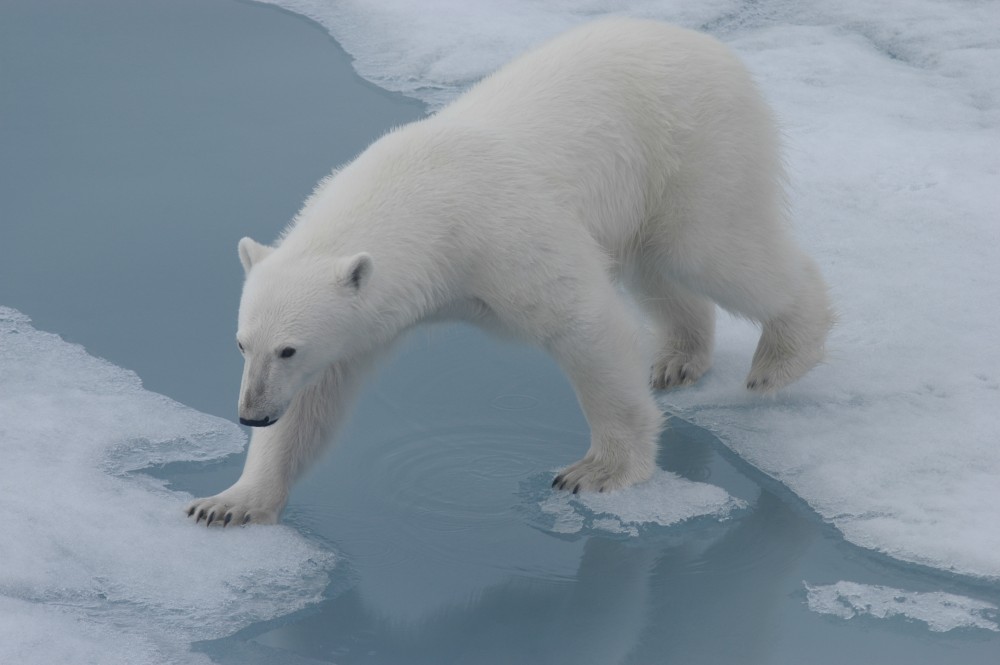 Less ice for polar bear. The king of the Arctic depends on sea ice for hunting. Photo: Thomas Nilsen

A wedge of open water formed north of Svalbard and well into the Arctic Ocean in late February, satellite images show.
Read in Russian | Читать по-русски
By

Never before in records of satellite monitoring has the February sea ice extent been lower in the Arctic, the latest data from National Snow & Ice Data Center shows.

You can now sail open waters far north of Svalbard and even north of Novaya Zemlya. Practically all of the eastern Barents Sea is without ice. On the Pacific side of the Arctic, open water was expanding rapidly in the Bering Sea in the second half of February.

Spring has likely never been earlier in the high Arctic than now. 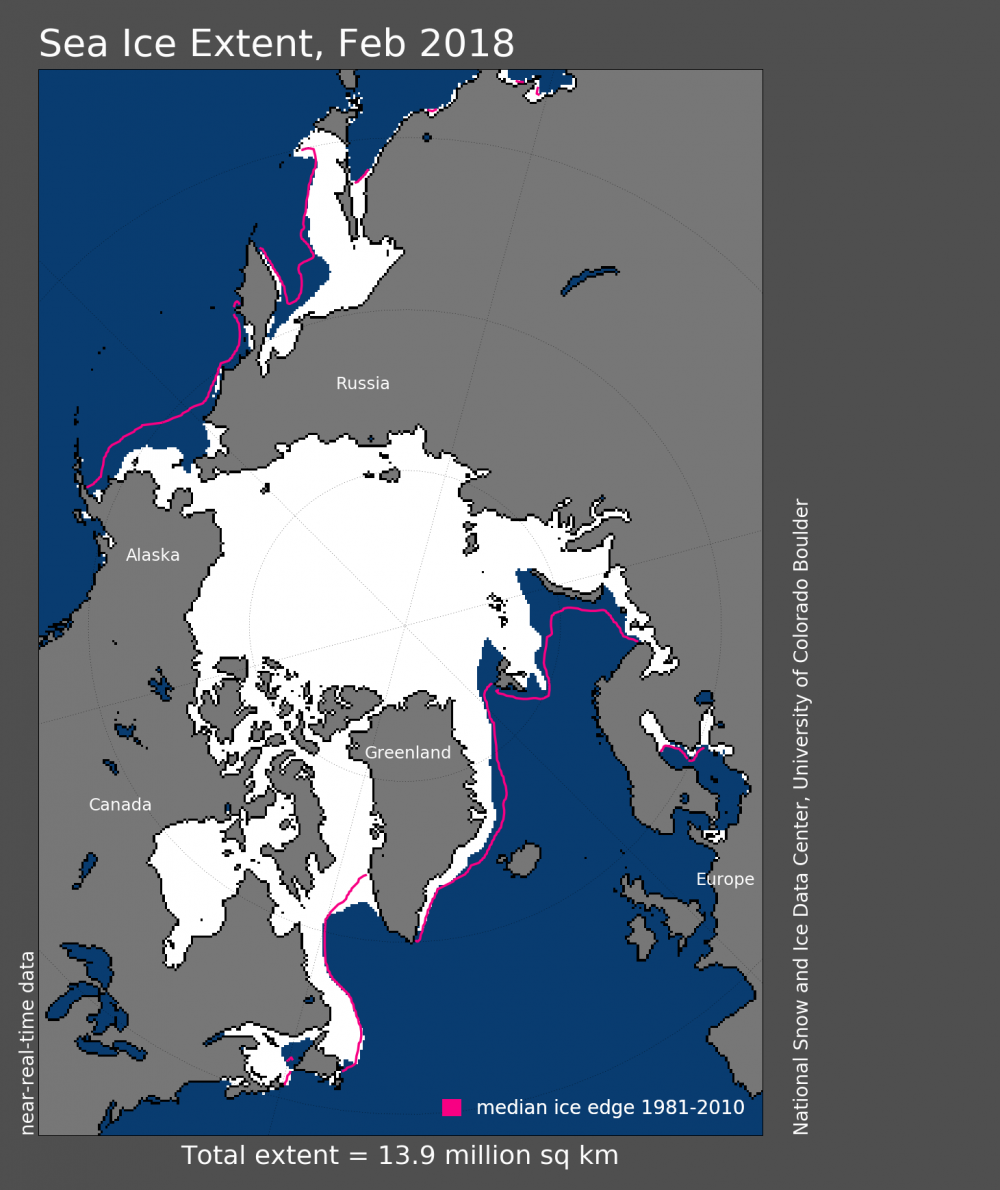 If you are in Europe, you might think this winter is much colder than in “man’s memory” with frost and snow in Paris and Rome. In the high Arctic, weather patterns are opposite with temperatures measured around freezing point last week. That is 30 to 40 degrees Celsius warmer than average for late February.

Weather systems across Scandinavia have pushed warm, moisture-laden Atlantic air northbound and the cold Arctic air south to freezing Europeans. The same has been seen over North America.

At Svalbard, the Norwegian archipelago with the world’s northernmost settlements, average temperature for February was -5,4°C which is 10,8°C warmer than average for the month, data from the Norwegian Meteorological Institute shows. Last Monday was warmest with plus 4,7°C.

This is the third winter in a row in which extreme heat waves have been recorded over the Arctic Ocean.

Polar scientists in Norway are now launching a large research project, named Nansen Legacy aimed at studying the rapid changes to the marine environment in the northern Barents Sea.

Some 140 researchers are involved with a budget of 740 million kroner (€75 million). The Norwegian research community will over the next years create a knowledge basis for how to mange the dramatic changing environment. Much of the research is based at the FRAM centre in Tromsø, northern Norway.