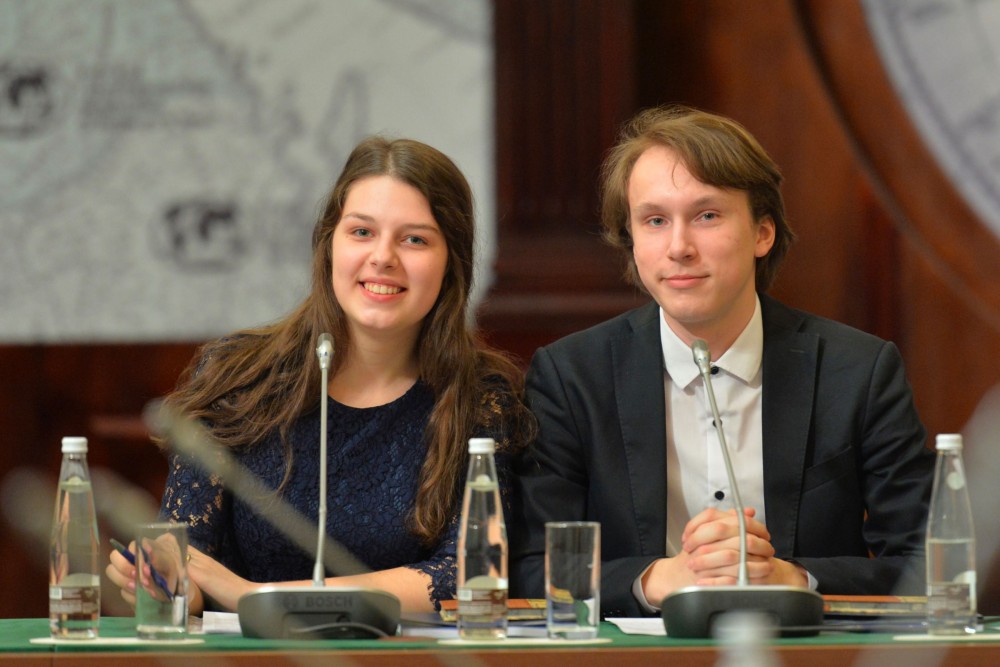 In a presentation for the President, two young students describe how new islands are appearing along the coast of Novaya Zemlya as the archipelago’s great glaciers are retreating.
Read in Russian | Читать по-русски
By

«At the moment, there is a comprehensive climate change going on in the Arctic,» Valeria Saenko and Artyem Makarenko underlined in Friday’s session in the Russian Geographical Society. Both of them school kids, they have spent four years on a study of the glaciers of Novaya Zemlya.

In the presence of President Putin, Defense Minister Sergey Shoigu and several more prominent guests, the two youngsters described how a number of new islands now are being uncovered by the ice.

«Comrade President, allow us to report that the territory of Russia has increased by 290 thousand square kilometers,» Valeria Saenko underlined.

The students have had access to 65 years of satellite images taken by state space agency Roskosmos and they have focused especially on the glacier of Vize on the northern of the archipelago’s two main islands.

The conclusion of the two young researchers is clear; the glaciers of the archipelago are quickly degrading.

During the meeting, Putin tried to hint that there are also places in the Arctic where the ice and snow layers are getting thicker, but won little support from the two your researchers.

Like around Novaya Zemlya, also in the archipelago of Franz Josef Land there are now a number of new islands appearing in the wake of retreating glaciers, Saenko and Makarenko underlined.

According to the two students, the study shows that the glaciers melt faster on the western side of Novaya Zemlya than on the eastern side.

More islands and straits will soon appear and there is need for a new system of registration of the new land, Saenko and Makarenko argue. There should be an organization which records and recognizes new discoveries, they proposed to Putin.

The archipelago of Novaya Zemlya has among the biggest glaciers of the Arctic. About 20,000 square km of archipelago is covered by ice.