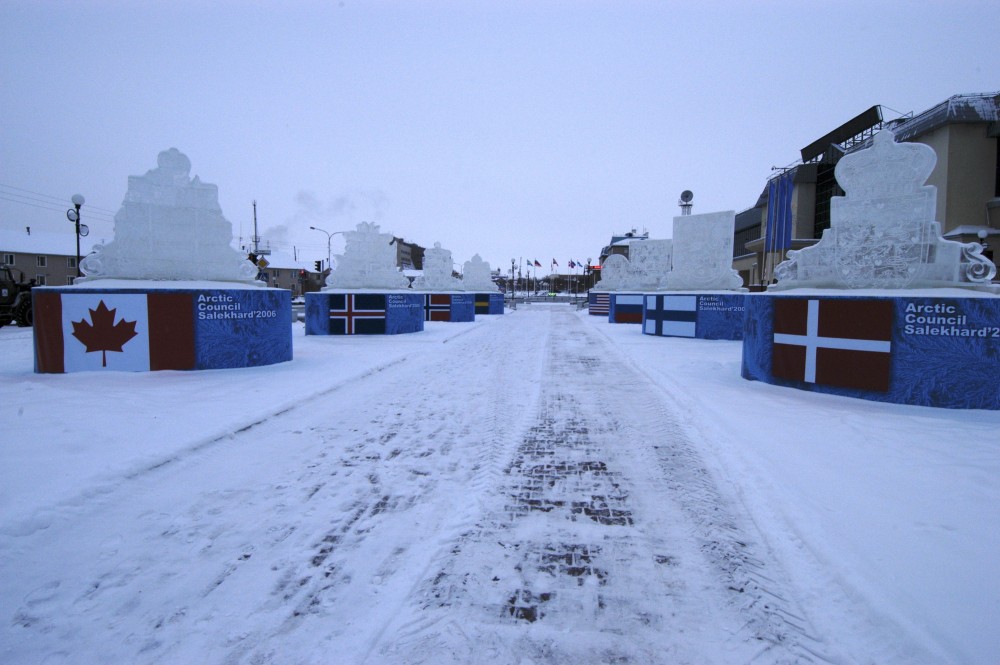 Some of the Arctic Council's member states. Photo: Thomas Nilsen

An Arctic Council agreement to facilitate scientific cooperation between the world’s eight circumpolar countries officially comes into effect on Wednesday.
Read in Russian | Читать по-русски
By

The Agreement on Enhancing International Arctic Scientific Cooperation was signed on May 11, 2017 at the last Arctic Council ministerial in Fairbanks, Alaska.

The agreement was set up to promote scientific cooperation in the North and for research samples and equipment to more easily across boarders.

“We all expect that the Agreement will clear the remaining obstacles to research cooperation and thus broaden everybody’s understanding of the Arctic,” said Aleksi Härkönen, the current chair of the Arctic Council’s Senior Arctic Officials, in a news release on Tuesday.

“The Arctic Council should always base its work on best available knowledge – scientific research as well as indigenous and local knowledge, which the new Agreement also addresses.”

Russia ready to be ‘active participant’

At the time the accord was negotiated, it was seen as an important step forward for scientists in all the signatory countries. However, in reality, the agreement was a direct response to difficulties faced by Russian scientists getting equipment in and out of western countries, and scientists from the seven other Arctic states getting researchers and equipment into Russia.

The signing of the agreement was seen as an important victory for scientific diplomacy as it came during a period of increased tensions between Russia and the West and at a time that the United States held the Council’s two-year rotating chairmanship.

“In signing this Agreement, the Arctic States once again demonstrated their responsibility for the sustainable development of the Arctic and their firm resolution to achieve this goal by promoting regional cooperation based on the best available knowledge,” said Vladimir Barbin,  the Senior Arctic Official for the Russian Federation and co-chair of the agreement task force, in the news release.

“This Agreement facilitates scientific cooperation beyond national borders,and it paves the way for joint responses of the Arctic States to new challenges in the region caused by global climate change and increased human activity. Russia welcomes the entry into force of this Agreement and intends to be an active participant in international Arctic scientific cooperation.”

The news release says the agreement’s entry into force will be marked in Ilulissat, Greenland where Arctic representatives are gathered May 22-23 for the 10th anniversary of the Ilulissat Declaration, where Canada, the United States, Greenland/Denmark, Russia and Norway, pledged peaceful cooperation in the Arctic.