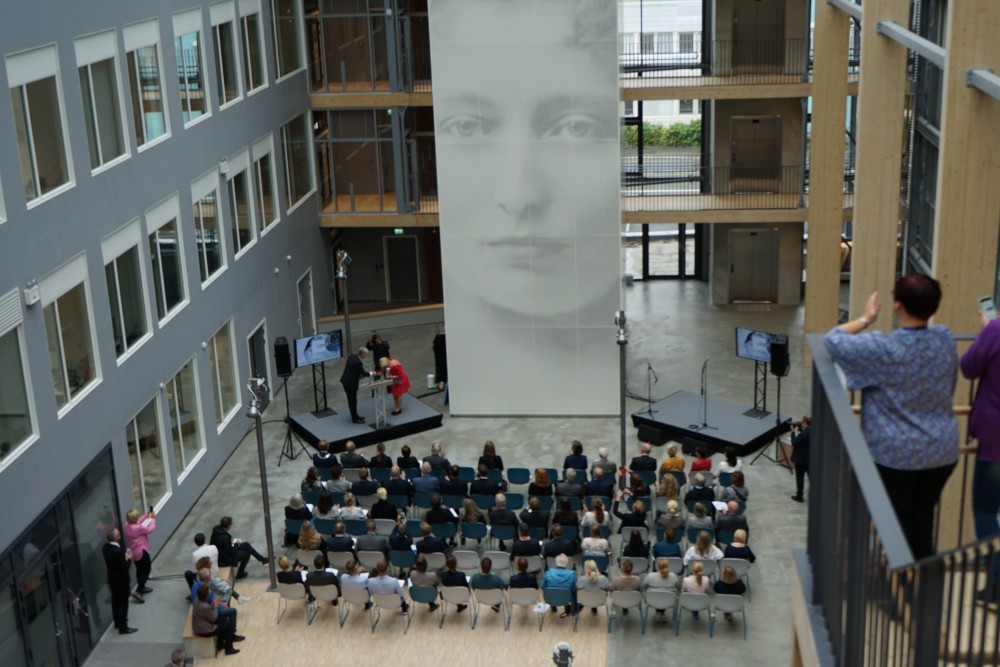 Arctic Council secretariat and Institute of Marine Research team up under the same roof as other key Norwegian Arctic science- and management stakeholders.
Read in Russian | Читать по-русски
By

Phase II of the Fram - High North Research Centre for Climate and Environment - was officially opened this week in Tromsø by Norway’s Minister of Environment, Ola Elvestuen.

Scientists from 21 institutions in the fields of natural science, technology and social sciences now shares 24,500 square meters of office space and laboratories. The new building is connected with the old office wing via a glassed-in atrium.

The artium is designed to become a lively arena for communication, not just between the different institutions, but also between researchers and the public.

Moving in with state-of-the-art laboratories are the Institute for Air Research (NILU), Institute of Marine Research (IMR) and the Radiation Protection Authorities (NRPA). Others, like the Barents Watch, the International Centre for Reindeer Husbandry and the Arctic Council secretariat will benefit from sharing space with the researchers.

The Fram Centre is now, with about 500 employees, by far the largest Arctic science community located north of the circumpolar Arctic Circle.

Ground level of the Fram Centre’s building phase II is built 90 centimeters higher then the first building that opened in 1998.

Impact of climate changes have been more dramatic than even Norway’s best climate researchers in Tromsø could predict when the first office-arm was planned. The shock came some years ago when the polar library, located on the ground floor, nearly got flooded due to extraordinary high tide during a storm. The library holds some of the most valuable records of historic books by Norwegian polar explorers like Amundsen and Nansen.