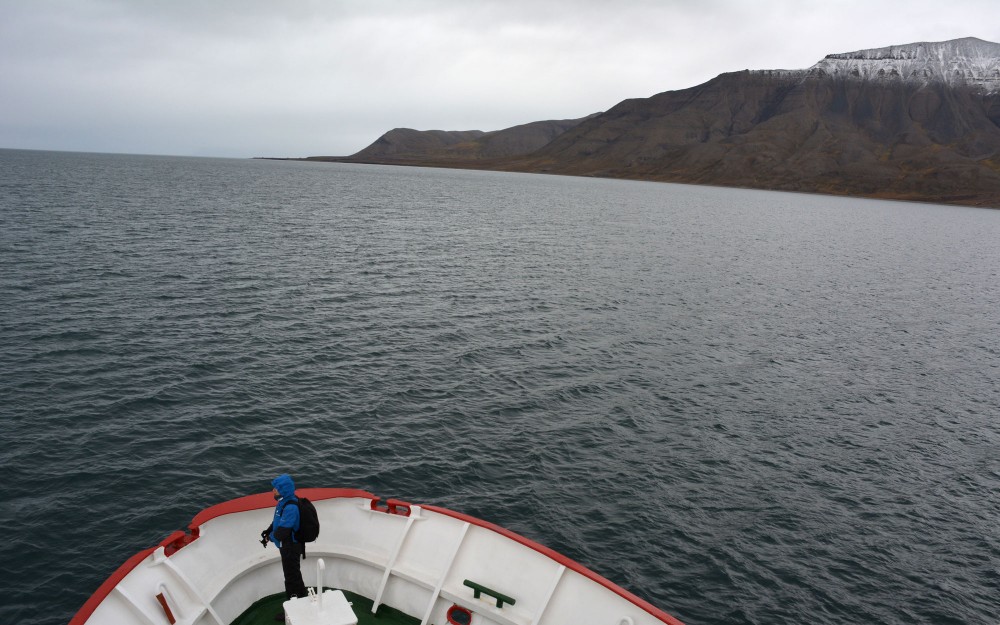 The Heiss Island on the Franz Josef Land becomes new base for the Russian Arctic National Park.
Read in Russian | Читать по-русски

The Ernst Krenkel Observatory in the Franz Josef Land is known for its Soviet-era polar research and launch of research rockets. Soon, the managers of the Russian Arctic National Park will move into the abandoned buildings.

Park Director Aleksandr Kirilov confirms to TASS that the former observatory premises will be upgraded and that his staff subsequently will move in. The new base is located on 80 degrees north in the central part of the archipelago. The national park today has its main base on the far bigger island of Aleksandra Land, located further west.

The Heiss base will ultimately become a year-round operational unit, Kirilov say.

The Ernst Krenkel Observatory was established in summer of 1957 and that same year a first meteorological research rocket was launched from site. Among the rockets launched was the MR-12, a sounding rocket that could reach an altitude of 180 km. The rocket was mainly used for meteorological purposes, but could also be applied for military aims. The MR-12 could spread concentrated gases into the lower atmosphere levels, that create a thick radio and visual cloud, that jams radio, video and infra-red signals.

The observatory also included Russia’s only geophysical unit on geomagnetic measurement in the high Arctic.

The observatory was closed and abandoned in 2001. Since 2004, the island has housed a small meteorological station.

About 40 buildings stand abandoned on the island and the managers of the national park first intend to renovate a solid steel-made house on site, Aleksandr Kirilov says to TASS.

The Heiss Island is 132 km² big and is almost unglacierized.

The island is named after Isaac Hayes, who undertook a historical Polar expedition in 1850, and the island’s name in English should have been Hayes Island. However, German cartographers Germanized the name after transliterating from the Russian and the corrupted name “Heiss” has stuck.