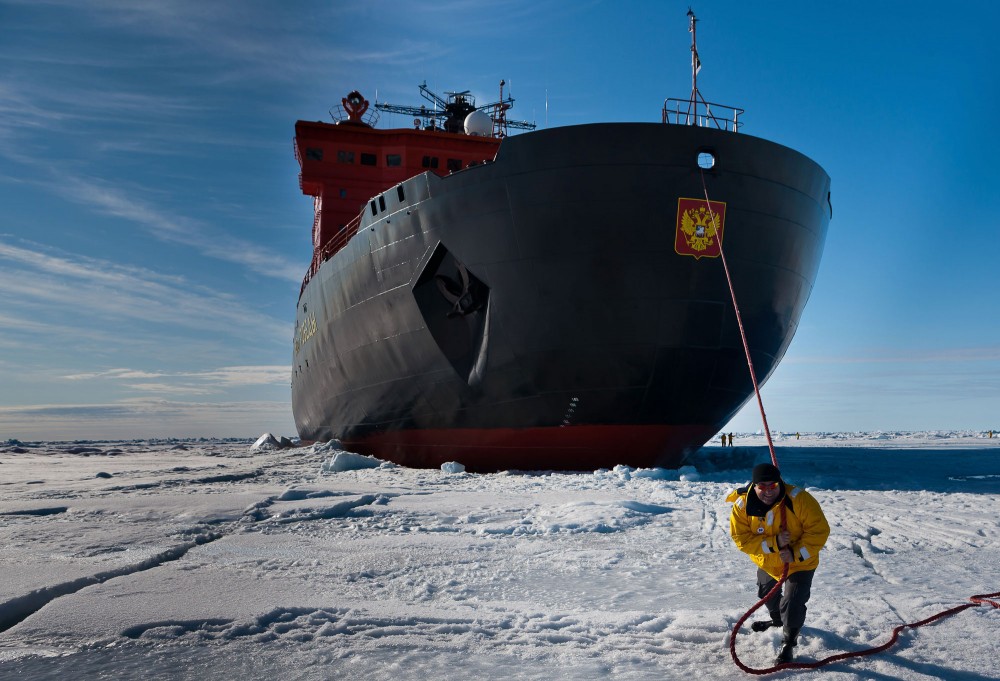 Russia’s new state Commission for the Arctic will have to follow up the President’s new top priorities, including the boost of goods shipments on the Northern Sea Route to 80 million tons by year 2024.
Read in Russian | Читать по-русски
By

It is Deputy Prime Minister Yuri Trutnev who is commissioned to lead the work with the President’s priorities for the Arctic. Trutnev, who is also responsible for developments in the Russian Far East, last week assembled government ministers and regional leaders for a first meeting the country’s new Arctic Commission.

I expect all regional authorities, government agencies and ministries to understand their responsibilities for issues related to Arctic development, Trutnev made clear as he on 4th October opened the meeting.

The commission was formerly chaired by Dmitry Rogozin, the controversial deputy PM who is now head of Russia’s space agency Roscosmos. With the government reshuffle that followed the reelection of Putin, the former Arctic Commission was dissolved. Even the commission website was closed.

It will be President Putin’s decree on the increase of annual Northern Sea Route shipping to 80 million tons by year 2024 that will be the main priority for the new commission. The ambitious goal for Arctic shipping is laid down in Vladimir Putin’s May Decree, the document which outlines the top strategic development objectives for his fourth term in office.

According to Minister of Natural Resources Dmitry Kobylkin, it is liquified natural gas and coal that will constitute the lion’s share of the Arctic shipping boom.

«In other words, there is about 63 million tons of goods only based on the natural resources in the region,» Kobylkin added and made clear that there is also a major potential in shipping of goods from other regions through the route.

According to the minister, the projected new railway line across the Yamal tundra, from Bovanenkovo to Sabetta, will provide additional cargo and goods for the Northern Sea Route, a press release from his ministry reads.

Kobylkin also has other ideas which he last week shared with the  Commission members. Among them is the re-establishment of drifting Arctic ice stations. The minister wants to establish a North Pole-41 drifting station for the 2018-2019 ice season. But this time will be different, Kobylkin made clear in the commission meeting. He wants the drifting stations not to be established on ice floes like before, but instead let the icebreaker «Kapital Dranitsyn» freeze in the ice and drift with the currents.

The drifting stations are the most efficient way to study the Arctic, Kobylkin said, and underlined the he has the support of Artur Chilingarov, Russia’s grand old man in Arctic affairs.