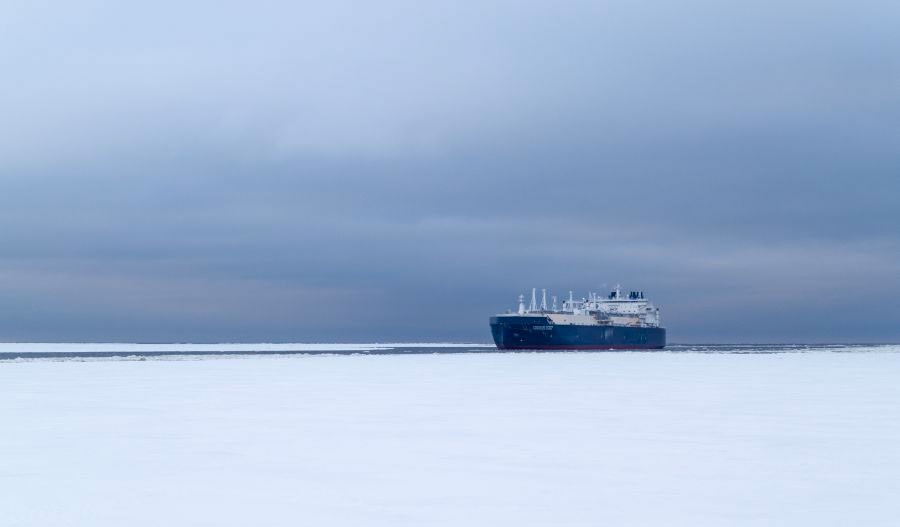 Almost 105 years after the Russian polar explorer vanished in his attempt to make it through the Northeast Passage, the powerful tanker that carries his name breaks its way towards LNG terminal Sabetta.
Read in Russian | Читать по-русски
By

The Russian naval commander and explorer Georgy Brusilov in late July 1912 set out from St.Petersburg with his «Holy Anna», a 44 meter long steam-engine ship recently acquired from England. On board was a crew of 24, including Brusilov himself and navigator Valeriyan Albanov.

A stop was made in Aleksandrovsk-na-Murman, the settlement on the coast of the Kola Peninsula currently named Polyarny, where several crew members decided to abandon the expedition. The «Holy Anna» subsequently proceeded towards the east and the Kara Sea.

The mission was to make it through the Northeast Passage, the route north of the Russian Arctic coast to Asia. But Brusilov and his crew never got close to reaching their target. Their voyage ended up as one of the most tragic in Russian polar history.

Brusilov in late September made it into the Kara Sea. But there, the ship quickly got stuck and froze into the ice. Instead of sailing eastwards, it drifted towards the north and had by summer 1913 made it north of archipelago Novaya Zemlya.

The northern drift continued and by early 1914, «Holy Anna» has got north of Franz Josef Land. Conflicts on board were rife and on 82 degrees north shipmaster Albanov abandoned the ship along with 13 crew members. They made it by foot to the norther tip of Franz Josef Land. But it ended tragically for them all, except for Albanov and one of the sailors who were picked up in late July 1914 by another Russian expedition ship.

A major search expedition was initiated, but Brusilov, his crew and the «Holy Anna» were never found.

Almost 105 years later, the name of the polar explorer is back in Arctic waters. This fall, Korean shipyard Daewoo Shipbuilding & Marine Engineering (DSME) completed construction of the LNG tanker that carries Brusilov’s name.

The ship last week sailed northwards to the Bering Strait and in the course of the weekend made it into the East Siberian Sea, information from the Northern Sea Route Administration shows . The ship, owned by company Dynagas is part of a big fleet of powerful LNG carriers built for the Yamal LNG project in Arctic Russia. It is due to arrive in Sabetta, the LNG terminal in the Gulf of Ob, on 29th November.

Like the other new LNG carriers built for the Yamal project, the «Georgy Brusilov» has a 172,600 m³ capacity and can operate without icebreaker support in the icy waters along the Russian Arctic coast.