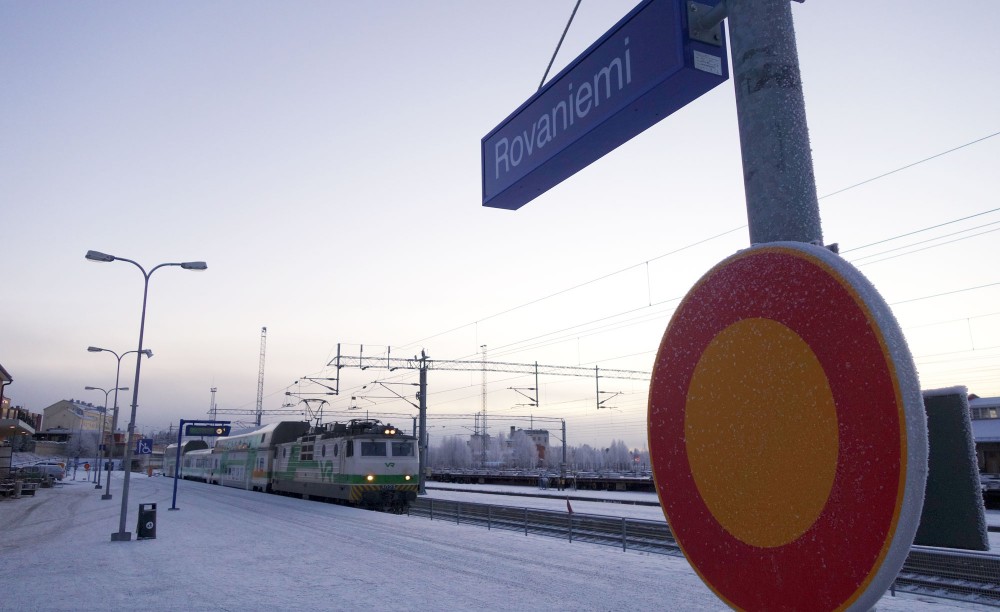 The working group on the Arctic railroad has prepared its report, but the document will not be released until it is translated into the different Sámi languages.
Read in Russian | Читать по-русски
By

The working group that has examined how to proceed with the Arctic railroad project was supposed to submit its report on Friday 14 December 2018.

However, Director-General of the Ministry of Transport and Communications Sabina Lindström has told that the report will be translated into the Sámi languages first.

«I’m not yet sure when the report will be released. We will decide on the date later,» Lindström says.

The report will be published on the website of the Finnish Ministry of Transport and Communications. Other documents on the project are also available there.

It is not yet clear what will happen next in the Arctic railroad project. Now that the working group has completed its analysis, decision-makers will decide on the next measures.

In the spring of 2018, the Ministry of Transport and Communications founded a Finnish-Norwegian working group for the purpose of examining further the routing from Rovaniemi to Kirkenes. The term of the working group lasted from 9 May 2018 to 14 December 2018.

The task of the group was to analyse the social impact of the railroad and the possible schedule and next steps of the project. The aim was to take into consideration the effects on both the regional, national, European and global level.

The tasks of the working group also included examining the key issues of the railroad routing that are, for instance, connected with the environment, permit procedures, costs and financing.

The working group has been chaired by Sabina Lindström, Director-General of the Finnish Ministry of Transport and Communications. The working group has also had representatives from the Department of Transport, the Ministry of the Environment, the Regional Council of Lapland, the Lapland Centre for Economic Development, Transport and the Environment (ELY), the Federation of Municipalities in Northern Lapland Regional Cooperation, the Sámi Parliament, the Skolt Sámi Village Meeting and the Sámi Reindeer-Herding Cooperatives.

In the working group, the Sámi Parliament has been represented by 1st Vice Chair Heikki Paltto, the Sámi herding cooperatives by Osmo Seurujärvi, the Chair of the Muddusjärvi, and the Skolt Sámi Village Meeting by Veikko Feodoroff.

The working group was divided into three subgroups: one that examined the possible sources and systems of financing and positive effects at regional level, one that looked at the impact on nature and the indigenous people, and one that assessed the required permits and the planning needed.

Did not work as it should have

Heikki Paltto, the Sámi Parliament’s representative in the working group, is not satisfied with the work of the working group. Despite the fact that the group used English as its language, no interpretation was available during the initial phase and documents were not translated in time.

The working group has actually not examined the concrete effects of the Arctic railroad on the Sámi, but rather listed the legal provisions on what kind of measures the project requires, what needs to be examined and how the effects must be assessed.

«During the negotiations, we want to make our view clear. They keep telling us that this investigation is not a final one, but the text of the report gives the impression that the issue has now been examined,» Paltto says.

“Sámi issues have been ignored”

According to Minister of Transport and Communications Anne Berner, the task of the working group was to assess what kind of investigations will be needed if a decision to go on with the Arctic railroad project is made. Berner emphasizes that the Sámi Parliament and the other Sámi representatives have participated in the work and their voices have been heard during the process.

«The governments of both Finland and Norway are committed to respecting and maintaining the stature of indigenous peoples. It is one of the key issues that need to be taken into consideration, if it is decided that the project will be carried on next year too. In addition to this, there are also other points of view that influence whether the project will proceed at this point,» Berner explains.

In Sápmi, there has been a great deal of concern and fear for the impact of the Arctic railroad on reindeer herding and thus also on Sámi language and culture. Berner says that she understands the concern of the Sámi, but hopes that it will be possible to discuss the issue.

«Of course I understand, but I also wish that there would be room for communication in society. We have provided an opportunity for dialogue, and it has been possible to participate in it, and my understanding is that we’ve seen participation.»

Tiina Sanila-Aikio, Chair of the Sámi Parliament, is disappointed at how the process has progressed. She says that, in the summer of 2017, the Sámi Parliament got through the media the information on the plans to build a railroad to the Arctic Ocean.

«If we now look at what has happened after that, in one and a half years, every time the Sámi have raised questions concerning our rights and position as an indigenous people in Finland, the questions have been ignored. The authorities say that the issues will be examined later, or we are asked to produce documents.»

The cost of the railroad has been estimated to be three billion euros.