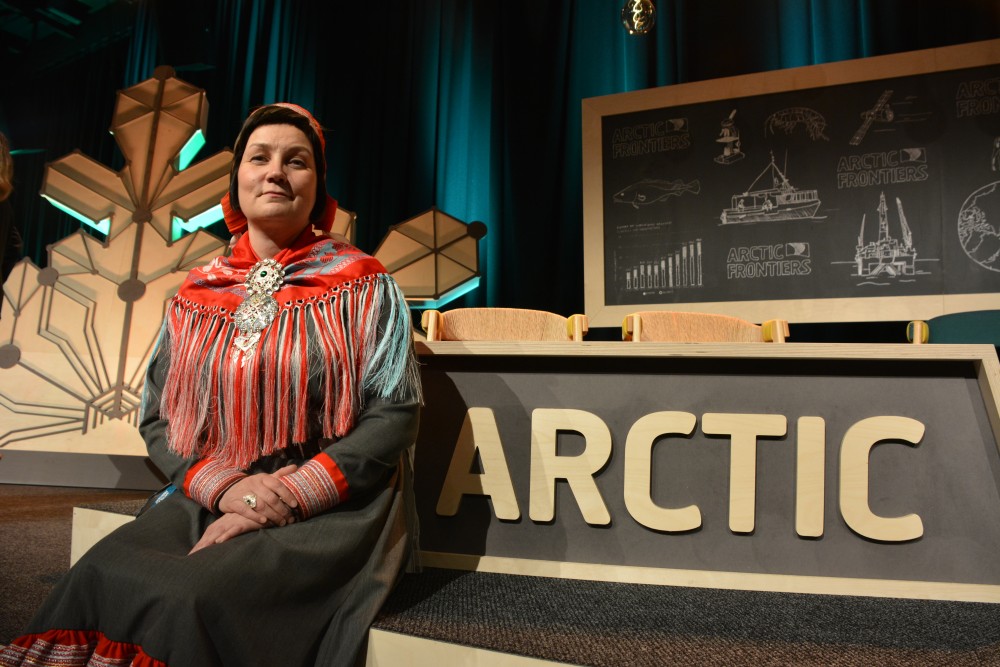 We Sámi people manage the life cycles of natural resources and produce little or no wastes. That is what I call a Smart Arctic, President of Norway’s Sámi Parliament Aili Keskitalo underlined as she today opened the Arctic Frontiers.
Read in Russian | Читать по-русски
By

The conference hall in downtown Tromsø was packed with business representatives, researchers and government officials. But it was Norway’s leading Sámi politician that got the first address and set the standards.

This year’s Arctic Frontiers has «Smart Arctic» as its headline and Aili Keskitalo is confident that the Sámi people can provide the smartest way forward.

«We have a lot to contribute with when it comes to circular and sharing economy — it is in our blood,» Keskitalo said in her opening remarks. «We manage the life cycles of the natural resources with little or no waste.»

«That is smart Arctic!» she underlined.

Keskitalo is leader of the Sámi Parliament, an elected legislative assembly with powers over developments in traditional Sámi areas of Norway.

According to the Sami President, traditional lifestyles are under rapidly growing pressure from climate change. Reindeer herding communities experience troubles as repeated rainfalls in wintertime create ice layers on the ground that subsequently make it hard for the animals to get access to food.

«We must work together to find solutions that are sustainable also for the development of the Sami culture,» she said, and underlined that time is short. «Time is running out for the world, we cannot continue as before. Everyone must reduce greenhouse gas emissions as much as possible everywhere.»

Keskitalo also underlined that Sámi lifestyles are challenged by industrial expansion into their traditional areas. Especially wind power plants are problematic as they occupy major areas of pasture lands, she underlined.

«Unfortunately, some decision makers have an impression that the Sami areas are without people and that they simply can invite the whole world to come and take what they want,» she told the Barents Observer. «This is not the way it should be, it affects the traditional Sami industries like reindeer herding.»

Among the projects that she is critical towards is the projected railway line between Kirkenes and Rovaniemi, which she sees as «a gigantic encroachment on nature» that will have big consequences on reindeer herding.

The Arctic Frontiers is Norway’s biggest conference on the Arctic. Since it started up in 2006, the conference audiences have rapidly expanded as international attention to Arctic developments have grown. This year’s event includes speakers from all over the Arctic and beyond and highlights issues such as Arctic governance and cooperation, technology, business and ocean developments.