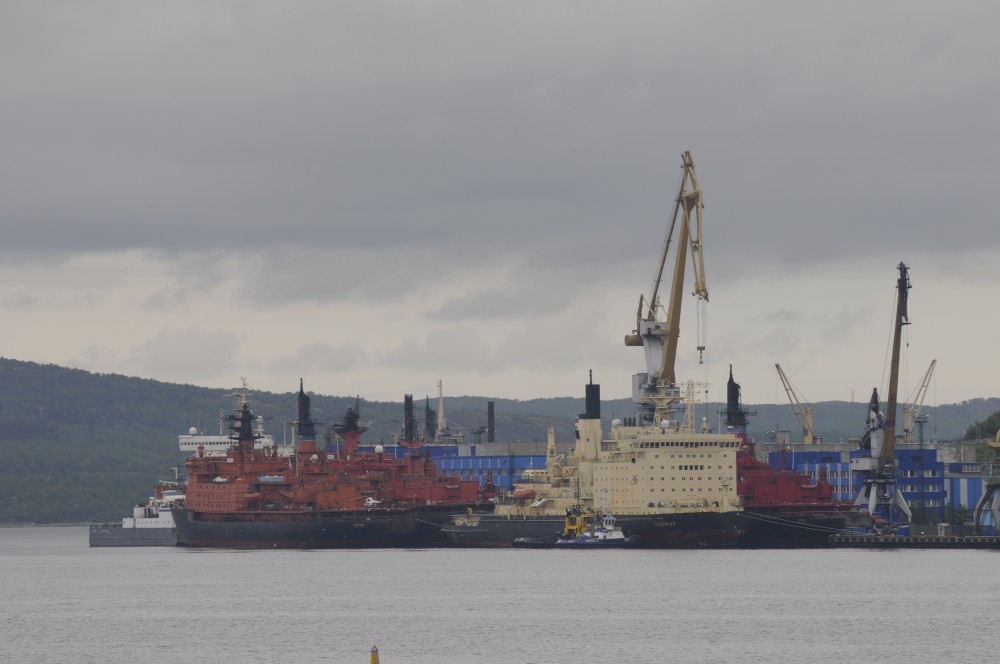 Atomflot is base for nuclear-powered icebreakers in Murmansk. Photo: Thomas Nilsen

It will monitor and regulate ship traffic on the Northern Sea Route.
Read in Russian | Читать по-русски
By

The new center will replace the current Northern Sea Route Administration and be managed by Rosatom’s Northern Sea Route Directorate. It will operate round-the-clock through the whole year, Rosatom representative Aleksandr Olshevsky said in a conference this week.

At the moment, it is the Northern Sea Route Administration (NSRA) that monitors and manages shipping on the Russian Arctic route. It operates only on work days and only limited hours. That is not sufficient, Olshevsky made clear.

The NSRA is subordinated the Ministry of Transport and based in Moscow. The new Situation Centre will be based in Murmansk and run by Rosatom, the state nuclear power company. It is due to open in two-years time.

Murmansk from before houses Russia’s fleet of nuclear-powered icebreakers. The new center could strengthen the city’s role in Russian Arctic developments.

Among the responsibilities of the new center will be mapping of ice conditions and opening of the best sailing routes for ships operating in the area, news agency TASS reports.

A project plan for the center was submitted to government on 15th February, Olshevsky says.

The development of the Northern Sea Route is a major priority for the Russian government. President Vladimir Putin has included the route in his notorious May Decrees and requested as much as 80 million tons of goods volumes by year 2024.

Rosatom was in late December 2018 officially granted the leading role in the development of the vast Russian Arctic shipping route.

A bill signed by President Putin on the 28th December states that the company now formally is Russia’s management authority for the NSR.

The new legislation comes as Russian Arctic shipping is on rapid increase. In 2018, about 18 million tons of goods was transported on the sea route, an increase of almost 70 percent from 2017.