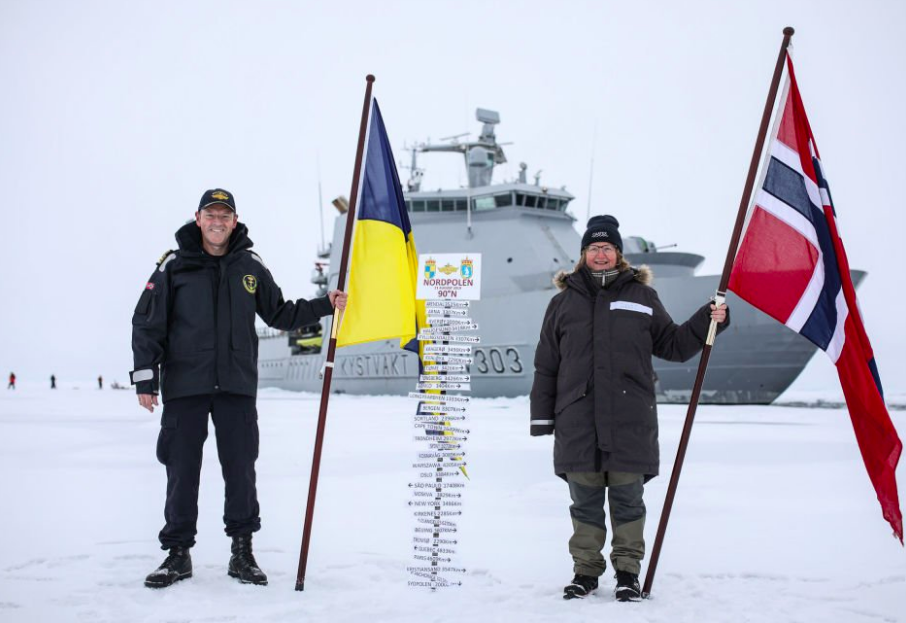 Both Canadian and US Coast Guard have sailed to the top of the world before, but «KV Svalbard» became the first Norwegian ship to reach the North Pole.
Read in Russian | Читать по-русски
By

On Wednesday, the ship made history by becoming the first Norwegian vessel to reach the North Pole, the Coast Guard writes in a tweet.

TV2 can tell that the Norwegian Coast Guard vessel partly sailed in a path in the ice made by a Russian icebreaker. Sailing with tourists to the North Pole, the nuclear-powered icebreaker «50 let Pobedy» has been to the top of the world five times this summer.

It was also a Russian nuclear-powered icebreaker, the «Arktika» that on August 17th 1977 became the world’s first surface vessel to reach the North Pole. First attempt to drift over the Arctic Ocean was done by Fridtjof Nansen and his crew onboard the «Fram» in 1893-96.

Sailing under the ice, the U.S. nuclear-powered submarine «USS Nautilus» became the first to reach the North Pole on August 3rd, 1958.

The first non-nuclear-powered ship to reach the North Pole was the Swedish icebreaker «Oden» in September 1991. In 1994, the two Canadian Coast Guard icebreakers «CCGS Terry Fox» and «CCGC Louis S. St-Laurent» made it to the North Pole, while the Coast Guard’s «Polar Star» became the first U.S. surface vessel at the North Pole in 1994.