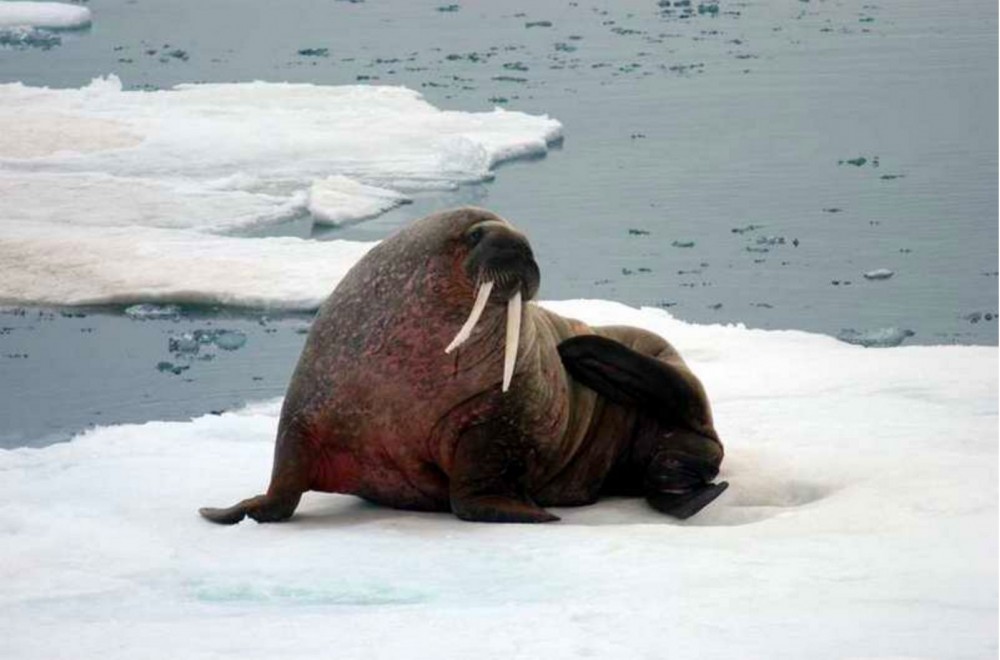 Expedition participants from the Northern Fleet and Russian Geographical Society all managed to get to shore after their landing boat sank at Cape Heller at Franz Josef Land.
Read in Russian | Читать по-русски
By

The walruses probably feared for their cubs and attacked the rubber landing craft.

«The boat sank, but a tragedy was avoided thanks to the prompt action by the squad leader. All landing participants safely reached the shore,» a press update from the Geographical Society reads.

Sailing the remote archipelago of Franz Josef Land in the Russian Arctic, the participants used the navy’s tug vessel «Altai», but have to use smaller landing crafts to get ashore.

The Northern Fleet also reports about the same expedition, but just briefly mention that «during the landing at Cape Heller, a group of researchers had to flee from a female walrus who attacked an expedition boat when protecting her cub. The photo-gallery attached to the report shows that the military was flying a drone close to the group of walruses on the beach.

The navy’s text says nothing about the fact that the boat sank, just underlines that «serious troubles were avoided thanks to the clear and well-coordinated actions of the Northern Fleet servicemen, who were able to take the boat away from the animals without harming them.»