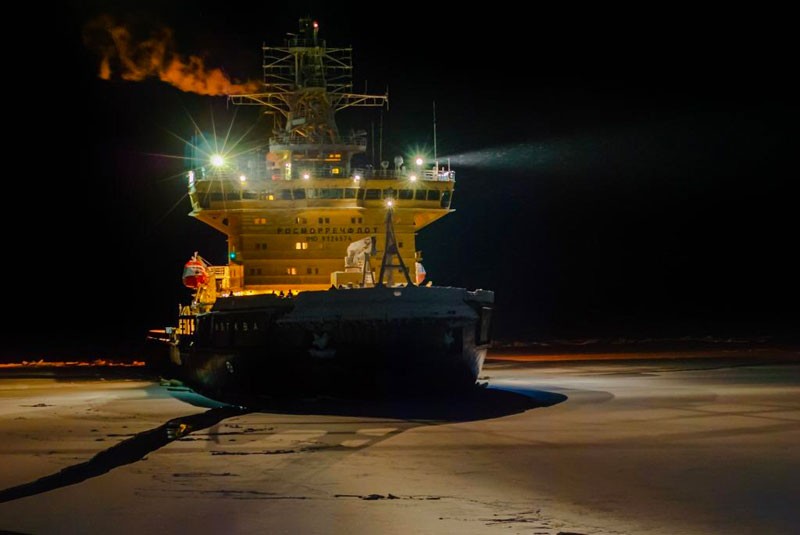 The enterprise responsible for Russian seaport and maritime infrastructure development today operates a total of 36 icebreaking vessels. That is the biggest fleet of the kind in the world, the company informs. And more is to come.

According to company Deputy General Director Vasily Strugov, another 9 vessels will be included in the fleet by year 2024.

Among them is a vessel of the project 21900M2. A construction contract on the ship will be signed in the course of this year. The 18MW powerful ship will be a modification of the class of icebreakers today actively applied by the company.

Rosmorport has a fleet of five icebreakers of projects 21900 and 21900M. The newest of the vessels, the «Novorossiisk» was included in the fleet in November 2016.

According to the companyRosmorport, also the «Viktor Chernomyrdin» is soon ready for sailing. The 25 MW vessel will be the most powerful non-nuclear icebreaker in the world. The ship is due to undergo first test sailing in late September this year and ice-testing in the Arctic will take place in spring 2020, Vasily Strugov says.

Strugov spoke in a conference on icebreaking vessels earlier this month.

The «Viktor Chernomyrdin» is more than four years behind its original time schedule outlined in the construction contract signed in 2011.

The price for the vessel is believed to be more than 50 percent higher than the original budget. The ship was supposed to cost 7.95 billion rubles (€113 million), but sources in the shipbuilding industry now maintain that the price ultimately will be more than 12 billion (€170)