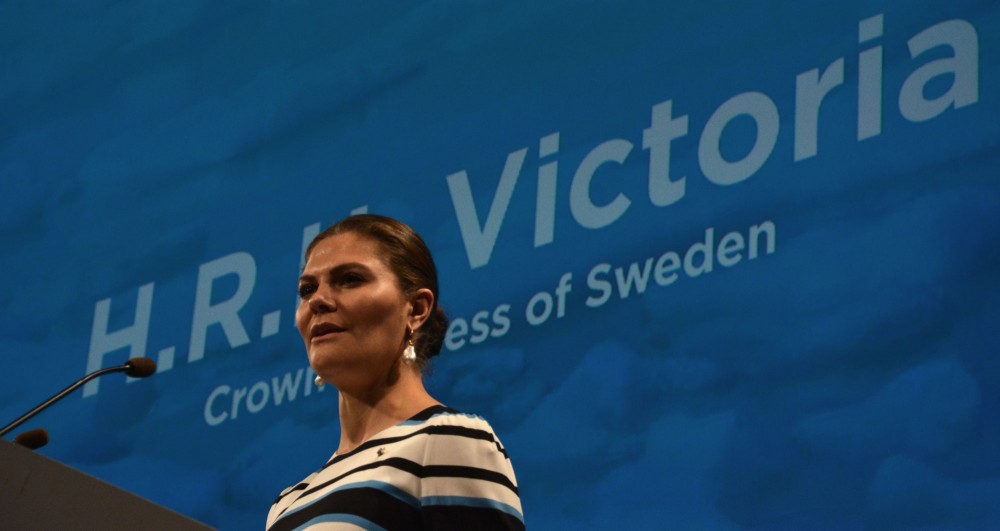 The Arctic is a global issue that requires global resolve, says Victoria of Sweden and links her Arctic enthusiasm to King Oscar II.
Read in Russian | Читать по-русски
By

The Swedish Crown Princess was one of opening speakers of the Arctic Circle, the major annual conference that on Thursday started in Reykjavik, Iceland.

Before my departure to Iceland, I went into the royal library and discovered that King Oscar II had a significant interest in Arctic affairs, Victory told the audience of researchers, business representatives and policymakers.

Oscar II was the founder of the library that now includes more than 100,000 books and a number the king’s books and photographs are about the Arctic, Victoria explained.

The king that ruled Sweden in the period 1872-1907 also funded several Arctic expeditions.

It is not the first time that the heir of the Swedish crown has expressed her interest in Arctic affairs. In early October, she officially opened the EU Arctic Forum, the first European Union event of its kind, and the day before her address at the Arctic Circle she spoke at the launch of an Arctic exhibition in Stockholm.

She has also twice attended expeditions to the Arctic, the latest with the Danish research vessel «Ejnar Mikkelson» to Greenland in 2009.

«I believe we all were pretty aware of the climate change issues. But to see it for oneself how people are affected gave very strong emotions. It opened my eyes for the complexity and the global nature of these issues. How it affects people nature and animals all over the world,» the crown princess said in her speech.

She also specifically called for a stronger role of the European Union in Arctic developments, saying that she wants «to bring the EU to the Arctic and the Arctic to the EU.»

The engagement in Arctic issues will be brought on to her son, she made clear.

«We owe future generations to make the right decisions and to base those decisions on solid knowledge and to act accordingly. I am quite sure that the Arctic enthusiast King Oscar II and his namesake my son Prince Oscar expects nothing less.»