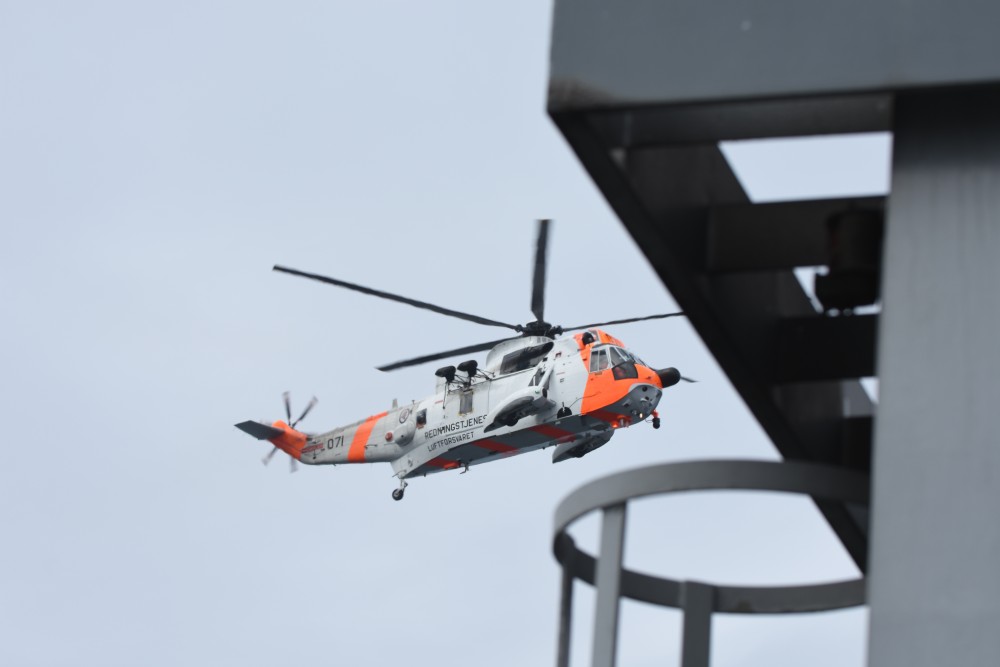 SAR efforts in the European Arctic will with the new helicopter base be strengthened as industry, tourism and military all boost activities up north.
Read in Russian | Читать по-русски
By

Presenting its state budget for 2020, the Norwegian government announces the location of a new search- and rescue (SAR) base to be Tromsø.

Tromsø is clearly the best option, says Ingvil Smines Tybring-Gjedde, Minister of Public Security. She points to resources already in Tromsø that can support the new helicopter base, like fire brigades with smoke divers, special police squads, SAR dogs and medical infrastructure.

“This is crucial in critical situations when time is an important factor,” the minister says.

Monday’s announcment was well received by the people working with emergency preparedness.

“It is gratifying to see that the government has decided to establish a new rescue helicopter base in Tromsø,” says Director of the Joint Rescue Coordination Centre of Northern Norway, Bent-Ove Jamtli, to the Barents Observer.

“This implies a strong improvement of emergency preparedness for search and rescue in Troms and the offshore areas,” Jamtli says and points to better capacities for missions in the northern part of the Norwegian Sea and in the Barents Sea.

Tromsø is on the northern coast to the Norwegian Sea and will add to the two other rescue bases in northern Norway; one in Bodø and the SAR helicopter base at Banak airport in Finnmark.

Also, the Governor of Svalbard operates two SAR helicopters out of Longyearbyen airport.

The Norwegian Ministry of Public Security owns 12 Sea King helicopters, which are operated by the Norwegian Air Forces’ 330 Squadron. Introduced first time in 1973, the old SAR helicopters are soon to be replaced with the newer AW101.

In recent years, shipping in Arctic waters north of mainland Norway and around Svalbard archipelago has increased. More – and larger – cruise ships sail north; so do supply vessels to the increasing oil- and gas drillings outside northern Norway.

With increased tensions between east and west, many more naval ships sail the Norwegian- and Barents Sea.

Aimed at better communication for shipping in Arctic waters, the Norwegian government also on Monday said better HF-radio coverage will be developed for two way communication between ships and rescue resources in case of emergencies.

Today, HF and VHF radio signals in polar areas are severely absorbed due to the more ionized ionosphere up north, especially north of Svalbard.

“We suggest to establish HF-coverage in northern waters up to the North Pole to secure emergency communication for shipping in these areas,” minister Smines Tybring-Gjedde tells.