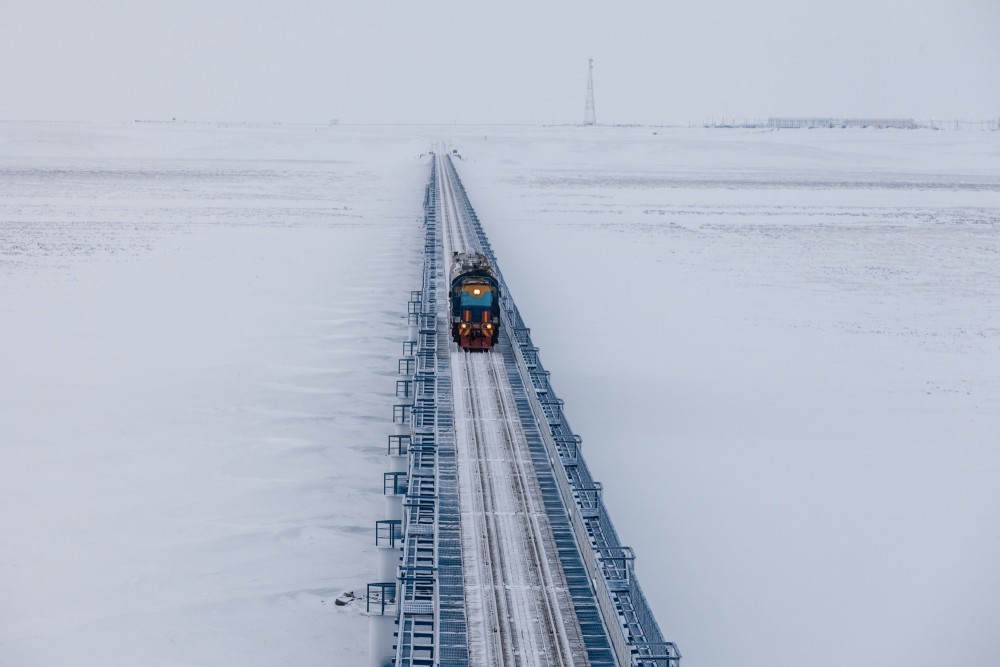 The construction of a railway line to Sabetta is what is needed, the president argues.
Read in Russian | Читать по-русски
By

It was Asia and the Middle East that were the regions in focus during last week’s Valday Discussion Club, the conference attended annual by Vladimir Putin ever since its establishment in 2004.

And infrastructure development was a key part of the talks.

«Together, we must contemplate about how to speed up the formation of an Eurasian transport network, a true grid of latitudinal and longitudinal routes,» Putin underlined in his speech and subsequently underlined that the Arctic must be part of the picture.

«One perspective route is between the Arctic, Siberia and Asia,» he said and added that the missing link in the picture is a railway line to Sabetta, the new Arctic seaport on the northern coast of peninsula Yamal.

«The idea is to connect the ports on the Northern Sea Route with the ports of the Pacific and Indian Oceans by means of transport arterials through Eastern Siberia, the heartlands of Eurasia,» the president told the conference participants.

«In order to implement this idea, we intend to speed up the construction of railway lines to the port of Sabetta,» Putin said.

The connection is part of the major Northern Latitudinal Passage project and is aimed a boosting shipments across Russian Arctic waters.

A 170 km long railway line to Sabetta is projected to connect with an existing line to Bovanenkovo, the natural gas hub in the region. The Northern Latitudinal Passage also includes a 17 km long bridge across the Ob River, from Salekhard to Labytnangi, and a railway line to Novy Urengoy in Western Siberia.

More than 700 km of new railway must be built to complete the whole project.

The lion’s share of the new infrastructure will have to be built on the permafrost and in harsh Arctic conditions.

Several government ministries have previously made clear that the Northern Latitudinal Passage will be completed in year 2024 and that the goods volumes on the new railway ultimately will boost shipments on the Northern Sea Route by up to eight million tons by 2025.

Needed investments are estimated to more than 230 billion rubles (€3 billion). A major share of it is to be covered by private companies.