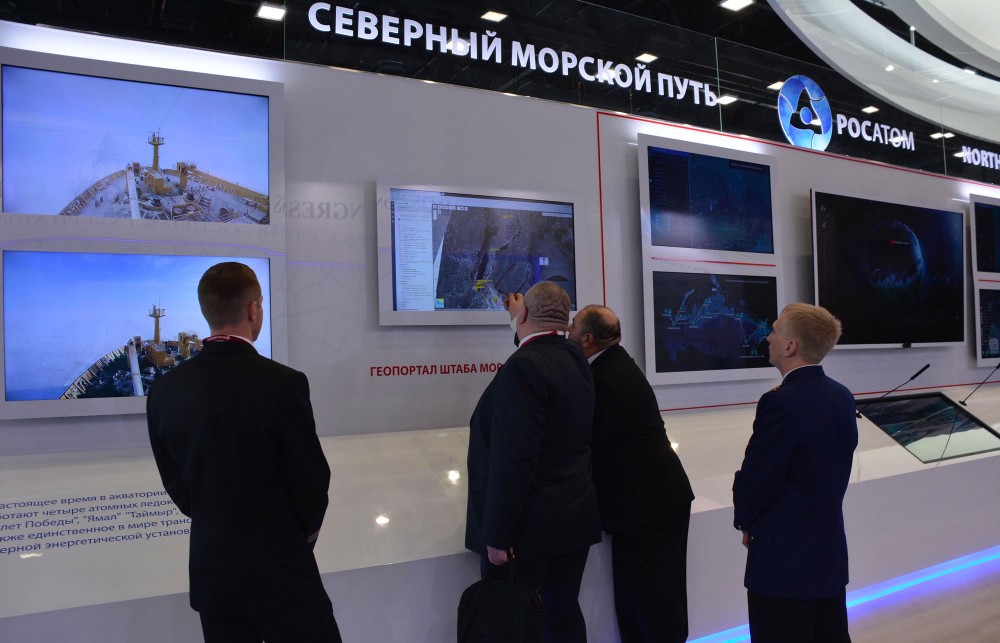 From here we will see and manage everything on the Northern Sea Route, managing authority Rosatom says.
Read in Russian | Читать по-русски
By

The new center is developed as part of the state company’s Atomflot base in Murmansk.

It is due to be in operation from the summer of 2020, Olshevsky said during an ongoing conference on the Arctic in St.Petersburg.

According to the company representative, the center will provide ships and ship owners with information about ice conditions, including recommendations about preferred sailing routes.

«This will be a structure that will see and manage everything,» Olshevsky underlined.

Among responsibilities will also be follow-up of normative aspects of route development, including rules and laws adopted for the region.

In Soviet times, there were two management centers for Arctic shipments, one for the western parts of the country’s Arctic and one for the eastern.

Today, one such center is sufficient, Rosatom argues. It will be manned by staff that are operational round-the-clock and through the whole year.

The establishment of the new structure comes as the Russian government is about to adopt a new plan for the Northern Sea Route. An official document on the route development was been submitted to government, newspaper Rossiiskaya Gazeta reported.

The new plan will prepare the ground for the transformation of the Northern Sea Route to an internationally competitive transport route from the early 2030s, Deputy Minister of the Far East and Arctic Aleksandr Krutikov told the newspaper.

Rosatom from before operates a similar Arctic management center in Murmansk. That, however, only serves the company’s own Arctic operations. The nuclear power company has since 2008 managed the Russian state fleet of nuclear powered icebreakers. In 2019, the company officially took on a leading role in the development of infrastructure development along the Russian Arctic coast and subsequently established the Northern Sea Route Directorate.

Shipments on the remote Arctic route has over the last couple of years increased explosively. Goods volumes are this year estimated to reach about 30 million tons, a more than 30 percent increase from last year. By year 2025, the annual volumes on the route are to increase to at least 80 million tons.

The ultimate target for the route is 180 million tons per year, Deputy Minister Krutikov says.