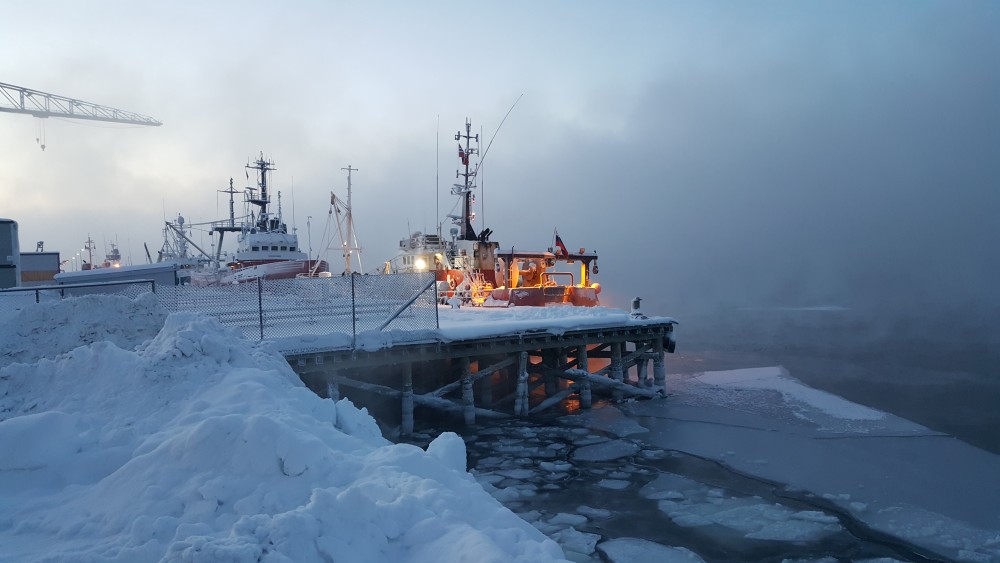 Frozen waters at Kirkenes port on the coast to the Barents Sea. Photo: Thomas Nilsen

The capital of northern Finland adds another €200,000 to the second phase of the project aimed at linking Europe with Asia via a fiber cable along the Northern Sea Route.
Read in Russian | Читать по-русски
By

In 2017, Rovaniemi invested €50,000 into the Cinia alliance, a company consisting of Nordic and Japanese partners and international investors.

The company is now entering phase two of the project and aims to raise about €2 million of which Rovaniemi city council now has decided to put €200,000, newspaper Lapin Kansa reports.

In June, a Memorandum of Understanding (MoU) was signed between Cinia and the Russian telecom company MegaFon in regards to Russian participation in the subsea communication cable supposed to be laid from Finnish Lapland via Kirkenes in Norway and the Kola Peninsula in Russia and further along the seabed of the Northern Sea Route north of Siberia to Japan and other Asian countries.

The distance is about 10,000 kilometers.