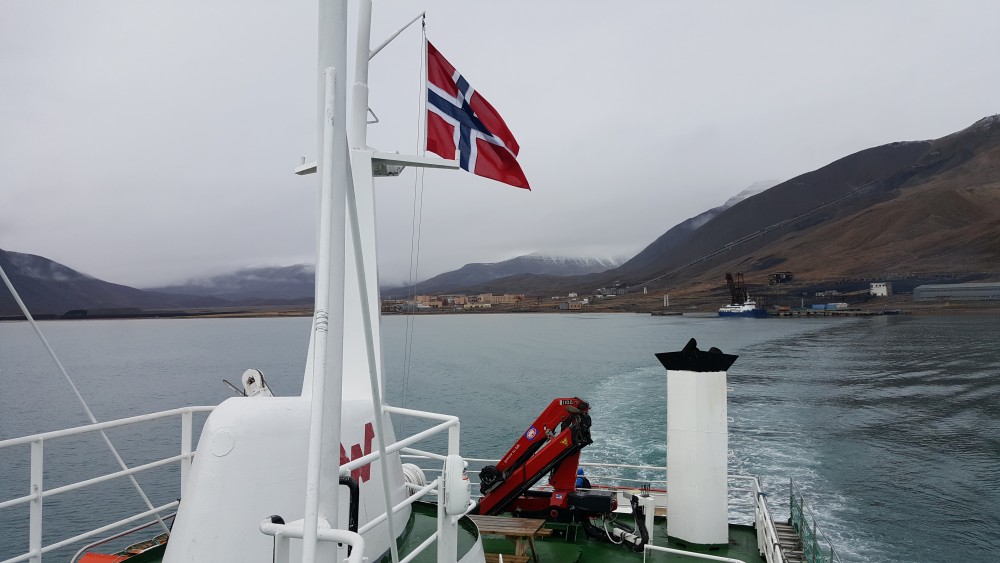 Arctic shipping boycott gains support among big businesses, but not all are happy

Three of the world’s top five shipping companies and a growing number of consumer goods producers have promised to stay away from Arctic trans-shipment routes.
Read in Russian | Читать по-русски
By

A new group of well-known consumer goods companies have signed up to the pledge not to sail their products through the Northern Sea Route, the Northwest Passage or a future Transpolar Sea Route.

The pledge was launched last autumn by the environmental NGO Ocean Conservancy and Nike.

The promise now signed by companies like Ralph Lauren Corporation, Kuehne + Nagel, PUMA, H&M Columbia and Gap Inc. says «we voluntarily agree not to intentionally allow our product to be trans-shipped on vessels via Arctic Trans-Shipment Routes.»

“Similarly, no ocean carrier or freight forwarder retained by us may have our product on a vessel sailing or intending to sail these Arctic Trans-Shipment Routes.”

Ocean Conservancy points to the accelerating impact of climate change on the Arctic marine environment and decline of sea ice.

The environmental group, based in Washington D. C., United States, argues that increasing vessel traffic is a risky prospect for the Arctic because of polar darkness, far distances to infrastructure and rescue assistance, unpredictable and extreme weather conditions as well as sensitive ecosystems.

“This is a trend that’s been growing for the past years,” says Heather Exner-Pirot, a research associate at the Observatoire de la politique et la sécurité de l’Arctique (OPSA) and the managing editor of the Arctic Yearbook.

“We saw Barclay’s say they won’t finance Arctic drilling, the Seattle City Council say they would avoid doing business with any company that leases in the Alaskan Arctic, and now a series of the world’s largest shipping companies say they will avoid Arctic routes,” Exner-Pirot says.

She believes it’s a danger if this avoiding Arctic projects becomes seen as trendy or righteous.

“I don’t think there’s a lot there that protects the environment – these shipping companies weren’t using Arctic routes yet - but it casts an entire region as off limits to development,” Heather Exner-Pirot argues.

“That is going to have an effect on real people who need jobs and local governments that need revenues. I think they’re good intentions with terrible, unintended consequences.”

Exner-Pirot’s warning is supported by Sigurd Enge, advisor on Arctic shipping with the Norwegian based environmental group Bellona.

“A campaign aimed at boycotting Arctic shipping in general is a very black and white way of looking at it,” Enge says.

He makes clear that it is, though, very good news that international companies are focusing on Arctic environment.

“There will be shipping in the Arctic in the future and then the focus must be on the needed low- and zero emission solutions,” Sigurd Enge argues.

He calls on the global business- and shipping companies to support a ban on using heavy fuel oil in the Arctic.

“Bellona, along with many other environmental groups in the Clean Arctic Alliance are working for a ban on heavy fuel oil in the Arctic. This is the core of the environmental  impact caused by Arctic shipping,” Enge states.

The vast majority of Arctic shipping today is domestic Russian vessels traversing parts of the Northern Sea Route, in particular along the route from Murmansk to the waters around the Yamal Peninsula.

However, with sea ice retreating due to the ongoing climate crisis, the Arctic is expected to see a sharp increase in shipping in the years to come.

“I feel like this ‘boycott Arctic’ thing is a really slippery slope down which northern development may fall, by lack of investors for any activity deemed unsustainable by southern activists,” she says and adds:

“Economic development is a human right.”

The Ocean Conservancy group recognizes that some companies may refuse to sign up for the pledge to avoid Arctic shipping. Therefore, the agreement also expresses support to the development of precautionary Arctic shipping practices to enhance the environment and human safety of current and future Arctic shipping.

“These practices may include a ban on heavy fuel oil use,” the text read and points to the need to adopt strict pollution controls, as well as evaluation of low impact shipping corridors that protect important ecological and indigenous cultural areas.

In total, 20 companies have agreed not to use any of the Arctic shipping lanes.

Among the shippers on the list are Hapag-Lloyd, Mediterranean Shipping Co. (MSC) and the French container transportation group CMA CGM.

For Nike, who initiated the campaign together with Ocean Conservancy, it’s all about protecting the planet.

Hilary Krane, Chief Administrative Officer & General Counsel of Nike, writes in a statement that Nike has made a clear choice on how to deliver its products:

“We’ve made a commitment to not intentionally allow our products to be shipped on vessels via any Arctic sea route.”

Krane points to studies estimating that the Northern Sea Route could be used for approximately 8% of total trade between Asia and Europe by 2030 and even more in the years after.

“Even with regulation, substantial and irreversible risk to the environment exists in the form of oil spills, emissions, vessel strikes and invasive species, which not only impact marine life, but also the human populations that rely on a healthy Arctic ecosystem for their livelihood,” Hilary Krane argues.

“It shouldn’t be an option for anyone,” she says.