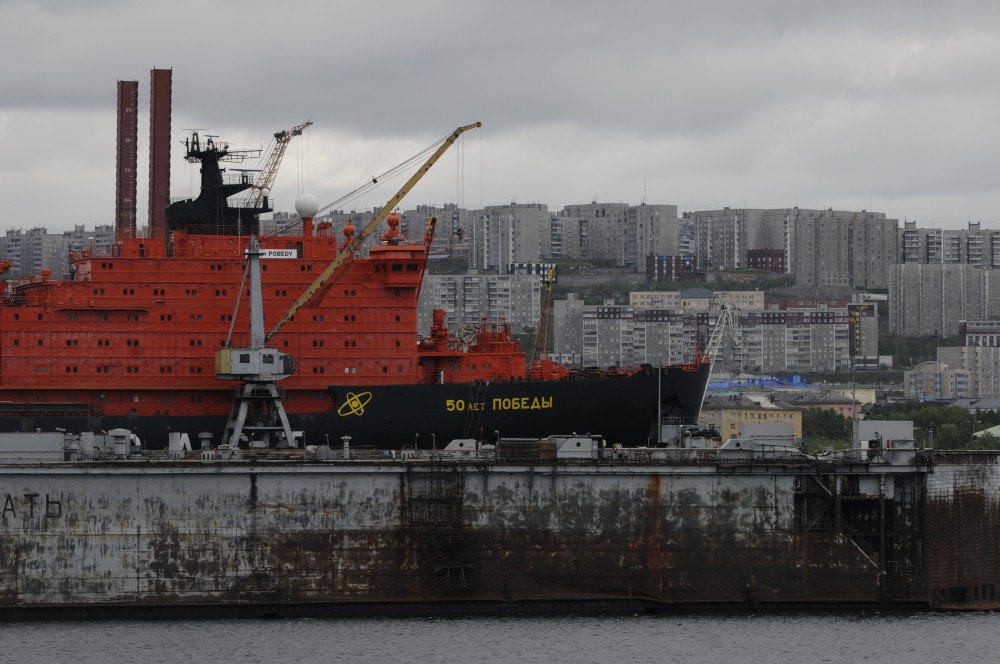 Nuclear-powered icebreakers in 2019 escorted at total of 510 vessels on the Northern Sea Route.
Read in Russian | Читать по-русски
By

According to Rosatomflot, the company managing Russia’s fleet of nuclear-powered icebreakers, the increase comes as production of LNG in the Yamal Peninsula has hiked.

The 510 vessels that were escorted through the Arctic ice had a total  gross tonnage of 30,29 million tons, the company informs. That is an increase of 54 percent compared with 2018 when 331 vessels with a total tonnage of 12,7 million tons were followed through the area.

«It is connected with the full project capacity reached by the LNG production plant in Sabetta,» General Director of Atomflot Mustafa Kashka says.

Meanwhile, it is not known exactly how much goods that was shipped on the route in 2019.  Rosatom in mid-November 2019 said that goods volumes had reached 26 millions and that 30 million was expected to be reached by year’s end.

A new fleet of icebreaking vessels are in the process of construction. The LK-60 vessel «Arktika», «Sibir» and «Ural» are to be delivered in 2020, 2021 and 2022 respectively. In addition comes another two LK-60 vessels as well as three «Liders».

According to Russia’s new development plan for the Northern Sea Route the first «Lider» to be ready for sailing in 2027.

The enhanced icebreaker capacity is to help Russia reach its target of 80 million tons of goods on the Arctic route in 2024. That number could reach 157 million tons in year 2034, Minister of Natural Resources Dmitry Kobylkin said.