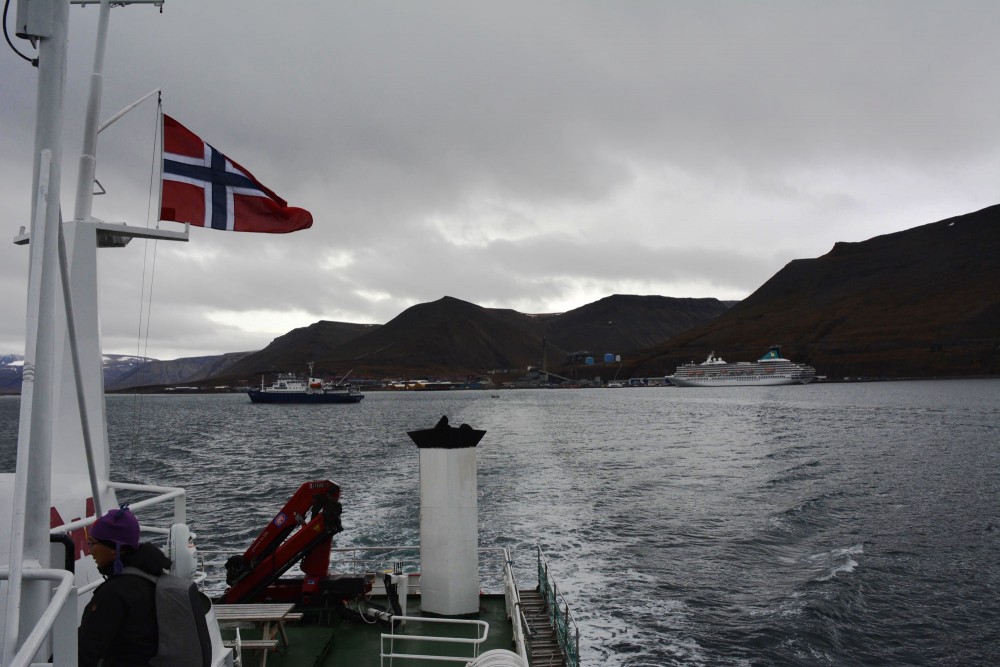 A controversial message from the Russian foreign ministry gets a clear response from Oslo.
Read in Russian | Читать по-русски
By

Sunday the 9th February marks 100 years of Norwegian rule at the remote Arctic archipelago and local authorities are organising anniversary seminars and concerts in Longyearbyen, the local government town.

“On this day, it is 100 years since Duke Jarlsberg, on behalf of Norway, signed the Svalbard Treaty,” the Governor of Svalbard says in her invitation to the party.

Local Governor Kjerstin Askholt says the whole town of about 2,000 people is welcome to drop by for a piece of cake.

The signing of the Svalbard Treaty in 1920 and its subsequent ratification in 1925, granted the Nordic country sovereign rights over the archipelago. Certain conditions were included in the deal. The archipelago was to remain demilitarised and individuals and companies from signatory states were allowed to engage in economic activity.

The 100-years anniversary of the Svalbard Treaty is a good occasion to correct misunderstandings and views that have developed contrary to the contents of the Treaty, two Norwegian government ministers underline in an article published in national newspapers ahead of the celebration.

“Today, Norwegian sovereignty is undisputed and Svalbard is Norwegian just as much as any region on the mainland,” Minister of Foreign Affairs Ine Eriksen Søreide and Minister of Justice Monica Mæland underline.

They stress that Norway is obliged to equally treat citizens and companies from signatory countries in certain fields of local commercial activities. But also that it can regulate and prohibit activity that can harm the vulnerable Arctic environment.

However, Søreide and Mæland are crystal clear that the equal and non-discriminatory treatment of signatory states only applies to the land territory and the territorial waters and not the bigger continental shelf around the archipelago.

“The states that claim that the Treaty’s reference to the territorial waters also applies to the sea areas located outside the 12 nautical miles zone have chosen an interpretation that is in violation of international law,” they underline.

Norway is in no way willing to compromise on the interpretation of the treaty.

“Svalbard is part of Norway [and] it is not natural that we consult with other countries about the execution of powers in our own areas,” they stress.

The statements from the two government ministers responsible for Norwegian authority at Svalbard come less than a week after Russia’s Foreign Minister Sergey Lavrov reiterated Russian requests for a review of Svalbard policies.

In a letter addressed to Norwegian Minister Søreide, Sergey Lavrov strongly signals that Russia feels that it is being discriminated on the archipelago. He also reiterates his country’s opposition to the Norwegian establishment of a Fishery Protection Zone around Svalbard in 1977.

Beside Norway, Russia is the only of the Svalbard Treaty signatory states that has taken use of its rights to engage in commercial activity in the area. State supported coal mines were operated for several decades, but today only the Barentsburg mine is in operation.

According to Lavrov, Russia is in no way going to reduce its activity in Svalbard. Rather the contrary. «There are long-term plans for a strengthened, diversified and modernized presence,» he underlines in the letter.

He also calls for «bilateral consultations on the removal of limitations for Russian activity and structures on the archipelago.»

«We expect a positive response from the Norwegian side,» Lavrov underlines.

The letter from the Russian Foreign Ministry has aroused heated public debate in Norway, where the authorities with growing concern view the current strong Russian military buildup in the Arctic, including in the nearby Russian archipelago of Franz Josef Land.

However, the viewpoints presented by the Russian foreign minister are not unique. The Russian side has on several previous occasions expressed its dislike with Norwegian policies at Svalbard, including the establishment of the Fishery Protection zone.