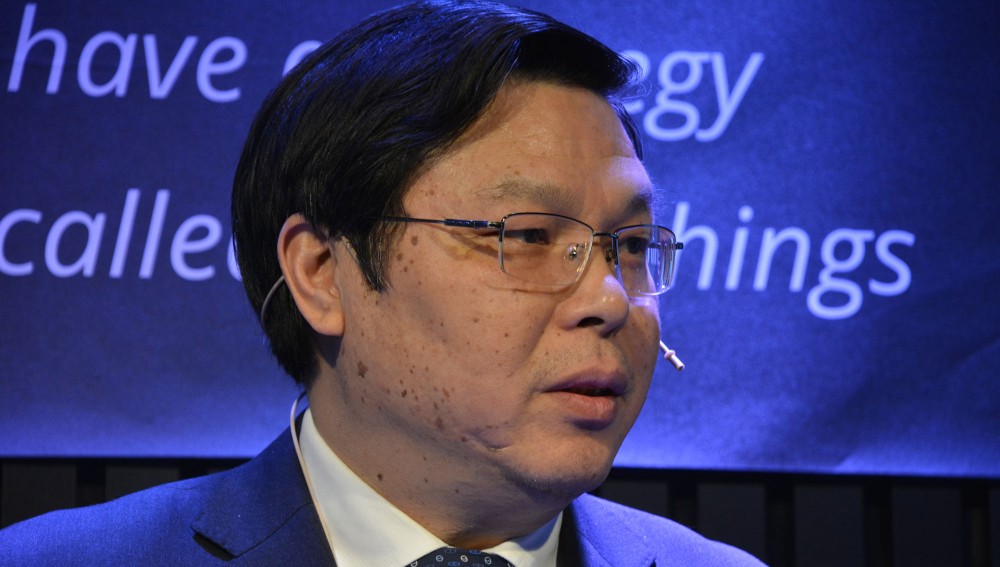 The Norwegian Intelligence Service fears a stronger Chinese presence in the North, but the country’s ambassador assures that Beijing wants nothing but regional peace and development.
Read in Russian | Читать по-русски
By

«Some people would like to politicize Arctic affairs,» Yi Xianliang underlined as he took the stage in this week’s Kirkenes Conference.

But our country has no bad intentions in the region whatsoever, the Chinese ambassador to Norway made clear.

Ambassador Yi has been in his post for less than a year, but is already well familiar with issues of the North and Arctic.

«Trust me, China will be a constructive player in Arctic affairs and also in any issues that will benefit Chinese people and the rest of the world,» he stressed, and added that his country’s policy is «inclusive and cooperative.»

«What we will do [in the Arctic], we will do for peace, for development for common concern and commonalities of human beings,» he underlined.

The speech was delivered less than a week after the Norwegian Intelligence Service (NIS) issued this year’s Focus, the annual threat assessment report.

According to the Intelligence Service, China poses a growing threat to Norway. And a part of those threats are closely connected with the country’s interests in the Arctic.

It is far from the first time that distinguished guests from China travel to Kirkenes, the Norwegian town located on the Barents Sea coast. Over several years, top diplomats and business representatives from the powerful East Asian country have paid visits to the north Norwegian outpost.

In 2019, the small town devoted its annual winter festival, the Barents Spektakel, to Chinese developments in the Arctic. The event branded «the world’s northernmost Chinatown» included a significant number of Chinese participants, among them both artists, diplomats and a delegation from Harbin, the new friendship city of Kirkenes.

At the helm of of the increasingly strong cooperation between Kirkenes and Chinese authorities is town Mayor Rune Rafaelsen who for years has worked actively to attract Chinese attention to his Arctic fjords, seaports and grand infrastructure plans.

No wonder Ambassador Yi started his conference speech in Kirkenes with a greeting to the local mayor.

«Rune, my dear friend,» Yi stressed before he started to outline China’s plans for the Arctic. His speech included a strong repulsion of the Norwegian intelligence report. China does not pose any kind of threat to Norway or the Arctic, the ambassador stressed.

«I must say, it is not true, it is not based on facts. It is quite clear that China’s policy initiatives are peaceful and of common interest of the world,» he told the conference audience.

The reports in based on prejudices and not facts, the ambassador argued and called for a meeting with the Norwegian Intelligence Service.

«I am sure we will find some consensus,» he said.

The ambassador also highlighted the potential of Arctic sea routes, but stressed that China’s interest is rooted first of all in commercial, not state, concern.

«If the Arctic ice melts, then why not use this sea route?» he asked and added that «it could have commercial possibilities.»

According to Yi shipping across the northern route would fasten shipments from far east China to Norway and the Nordic countries almost with seven days.

«There are no strategic considerations, this is a commercial route, a trade route,» he underlined and assured that Kirkenes and northern Norway is an area of «huge potential».