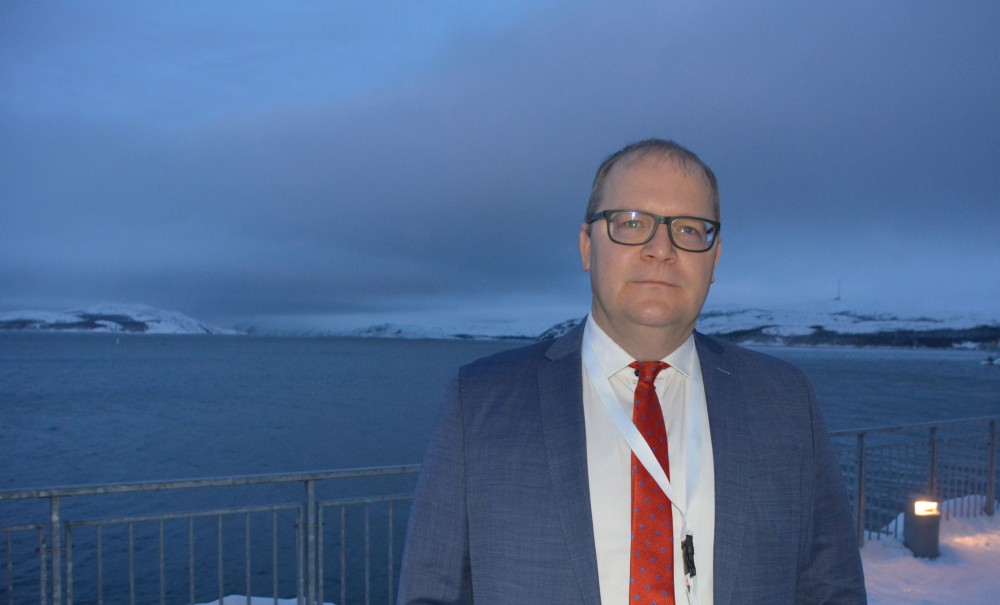 Urmas Paet is representative of the Foreign Affairs Committee in the European Parliament. Photo: Atle Staalesen

All key government structures of the Union must assign a far higher level of attention to Arctic affairs, says Urmas Paet.
Read in Russian | Читать по-русски
By

Change is quick and dramatic and the European Union has a role to play, the Estonian MEP underlined as he this week arrived in Kirkenes, the north Norwegian town.

«In a time of climate change and changes in international relations, the multilateral approach of the EU can help balance between the big power interests of Russia, the USA and China,» he argues.

Paet was foreign minister of Estonia for almost a decade and now sits in the European Parliament’s Committee of Foreign Affairs. He is also the the initiator of the parliament’s informal Arctic Group.

«All EU institutions have to increase their attention to the Arctic, the region is too important to neglect,» he told the Barents Observer during this week’s Kirkenes Conference.

He is deeply disappointed that Arctic developments are not included in the European Commission’s new Working Program.

«The Working Program does not mention Arctic, there nothing at all about it,» he argues and stresses that the growing importance of the northern region must be taken more seriously.

«If the ambition of the European Commission is really to be an international player and geopolitical player, then how can it not have understanding about what is going on here in Arctic?» he asks.

The Working Program was adopted on the 29th January and is titled «A Union that strives for more.»

Paet also argues that the Arctic must be included as priority region in the EU’s new multiannual financial framework, the budgetary document that included key investment priorities for the new seven-year period. A new framework document is soon to be adopted for the period 2021-2027.

According to Urmas Paet, the European Union does today not have any body, nor representative, that is fully dedicated to follow-up of Arctic developments.

Previously, the Union had an Ambassador for the Arctic who promoted EU Arctic activities and represented the block in Arctic events.

The MEP also calls for longer-term thinking in Brussels with regard to Arctic developments.

«We need strategies for the region that can last for 20-30 even 50 years,» he underlines and explains that long-term vision is needed for regional infrastructure development.

Among possible infrastructure investment projects for the future could be the projected railway line between Kirkenes and Rovaniemi, he makes clear.

And he expresses skepticism with the growing engagement in the Arctic of countries from outside the region, like China.

«Some counties that are not themselves in the Arctic are interested in weakening International law. They are not much interested in living conditions in the region and indigenous peoples, or environment. Lets not be naive. Their interest is purely business.»

The European Commission in 2016 adopted a strategy for the Arctic and former EU Ambassador for the Arctic Marie-Anne Coninsx in 2019 explained that work with a new strategy document is in the pipeline.

The document adopted in 2016 was considered a breakthrough for EU Arctic affairs. Now, it is already outdated, representatives of the Commission admitted.

«The developments that are now taking place are so dramatic that there is a call for the EU to get more strongly engaged,» Coninsx said in a address delivered during the Arctic Circle conference in Reykjavik, Iceland.

According to Coninsx, work with the new strategy would be kickstarted shortly after the new EU Commission took office on in November 2019.