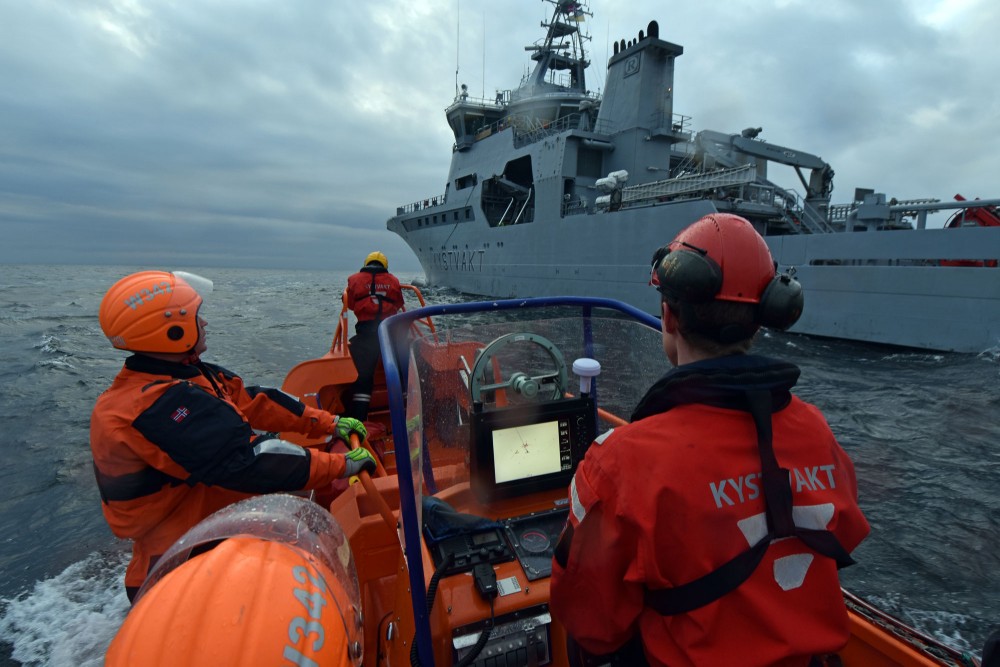 Norwegian and Russian military and civilian rescuers have announced that Exercise Barents 2020 is cancelled due to COVID-19 pandemic.
Read in Russian | Читать по-русски
By

“We have decided not to conduct Exercise Barents 2020, supposed to take place on May 27th. This in full understanding with the partners in Russia,” says Bente Jonassen at the Norwegian Joint Rescue Centres to the Barents Observer.

She tells it was considered to postponed until autumn, but such option was seen as unrealistic.

The unique annual cross-border search- and rescue exercise normally takes place in the maritime border areas of Norway and Russia in the Barents Sea. It is one of very few arenas where NATO personell are working side-by-side with assets from Russia’s powerful Northern Fleet.

The play has a realistic senario with a vessel sinking and people are reported missing at sea. In the start, the Russian assets works on the east side of the maritime border line, while the Norwegians are on the west side. Then, if permissions are granted, Russian ships can sail across to Norwegian waters vis-a-versa.

After the search- and rescue part is ended, the exercise turns into an oil-spill senario with testing of various equipment to prevent oil from spreading in the harsh Arctic climate.

Norway and Russia share responsibility for the exercise bi-annually and since the 2020 drill is cancelled, Norway will take the lead next year.

See photos from the 2019-exercise by clicking on the image below.